Influenza, ulcer, osteoporosis – there is a plethora of ailments which could affect any of us. One practitioner of Traditional Chinese Medicine believes the answers to many of these could lie in the renaissance in Europe of natural medicines.

“Pollution and using too many electronic devices and chemicals only makes the situation worse, as these factors weaken the immune system,” warns Dr. Chen Zhen, a Chinese physician who came to Hungary 26 years ago to teach TCM (Traditional Chinese Medicine). “Viruses are getting stronger, epidemics last longer, a simple influenza can last weeks; we have all experienced this, at least in Central Europe.” 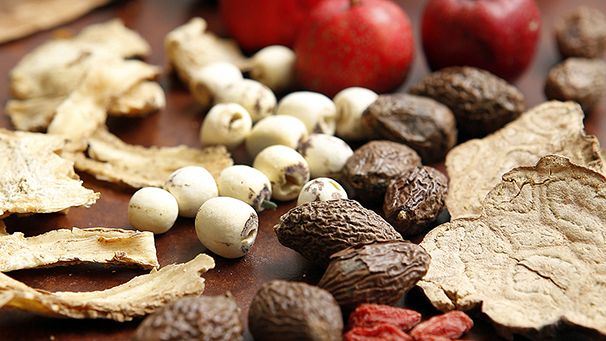 “To produce a new laboratory drug takes time, but herbs are already here,” says Dr. Chen. Using herbs to cure or prevent illness has 5,000 years of history in China. Dr. Chen remembers that a couple of years ago the SARS virus appeared in his homeland. Around 400-500 A.D. the same symptoms caused an epidemic in China, which has been documented in the medical books. He thinks that a lot of the time it brings a quicker relief to open an old medical book and try the therapies to be found there.

But the key factor in preserving our health is prevention, he insists. Considering that the World Medical Association has issued a warning about the serious side-effects of antibiotics, the importance placed on prevention stands to grow.

“Many people when they’re ill just want to take one or two pills and feel better. But the body works in a different way; we have to give it time to recover and natural herbs supports this process.”

Natural medicine has a long history in Europe. As Friar Laurence in Shakespeare’s Romeo and Juliet put it “O, mickle is the powerful grace that lies, In herbs, plants, stones, and their true qualities.” 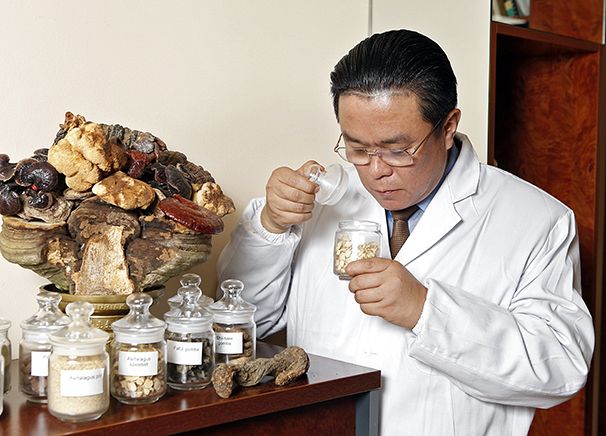 Twentieth century pharmaceutical research, modern medicines and antibiotics pushed herbs aside – for a while. Now herbal medicines are experiencing something of a renaissance. And there is another reason why Dr. Chen Zhen stayed in Hungary: many Chinese species grow in Central Europe, particularly in Hungary. He is working on drawing the Chinese herbal map of this Central European country. His team has so far found 144 species of plants used in TCM, of which 70 have been identified as being identical to the Chinese ones, such as Plantago Major, Taraxacum Officinale and Glycyrrhiza Glabra. It is very rare to find so many matching herbs in two countries located so far apart from each other. Dr. Chen has his own theory about how these herbs travelled all that way to Hungary: he believes the Mongol hordes brought them among their supplies during the invasion of Eastern Europe in the 13th century.

According to TCM there is another important factor in prevention of illness: our diet. Even the colour of our food affects us.

“Red affects the heart, green the liver, black the kidneys and white is for the lungs,” says Dr. Chen. He recommends eating a good, warm soup or drinking a cup of herbal tea, sometime between 9 a.m. and 11 a.m. when, according to our body clock, the digestive system is the most active. “If somebody has stomach problems, for example chronic pain, stomach ulcers or gastric reflux, a nice soup with meat and vegetables can help, but you have to eat it every day, not only once in a while.”

Dr. Chen Zhen arrived in Hungary in 1989 with the Europe-China cooperation project to teach TCM (Traditional Chinese Medicine). In 1992 the program ended, but Dr. Chen stayed to continue his work and to popularise TCM and stress the importance of prevention. Two years later he estabilished his own company with his own brand, Dr. Chen Patika, which makes herbal products according to the teachings of TCM. Dr. Chen teaches TCM in Hungarian and Chinese Medical Schools, and he is the president of the Central European TCM Association.