Greece has revealed that it is seeking almost 279 billion euros in reparations for the Nazi occupation of the country during the Second World War, in a move that is straining relations with Berlin.

Athens, along with private citizens, has pushed for war damages from Germany for decades, but the Greek government has never officially quantified its reparation claims before.

Prime Minister Alexis Tsipras’ government is now seeking to claim the reparations, as well as the repayment of a so-called occupation loan, which Nazi Germany is said to have forced the Bank of Greece to make.

Why do the Greeks want compensation?

The first argument relates to compensation for war crimes. During World War II, Germany and Italy conquered Greece in the spring of 1941. In addition to military casualties, around 20,000 civilians (exact numbers are fiercely disputed) were killed and whole villages where destroyed by the German troops – the massacres at Kalavryta and Distomo are particularly notorious. 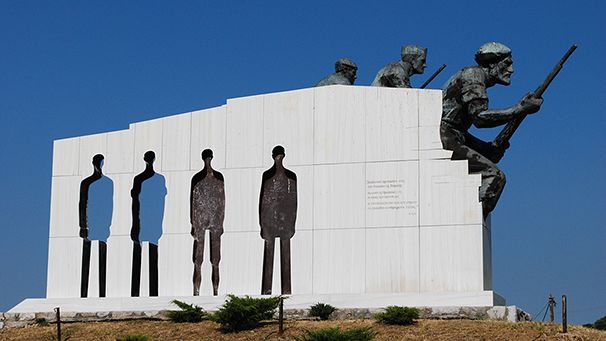 The second part of the claims relate to direct and indirect financial costs suffered by Greece. At the time of the war, the Hague Convention, in place since since 1907, accepted that the occupied state should pay for living expenses and maintenance of occupying troops.

However the Greek treasury was subjected to costs of 476 million reichsmarks, higher even than the maximum previously agreed by the Axis powers of Germany and Italy. The enslaved Greek government had no choice but to hand over the cash which was used to fund Nazi campaigns in north Africa. 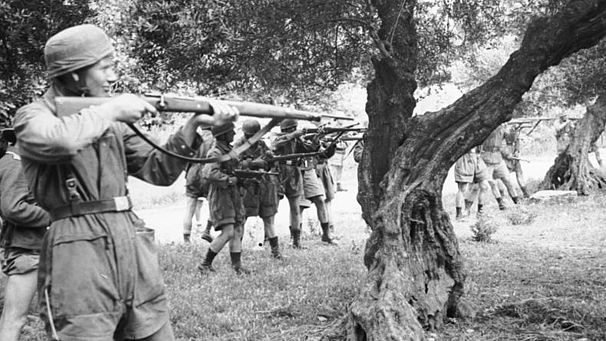 What was agreed after the war?

After the defeat of the Nazis, the Paris Peace Treaties of 1946 defined the war reparations that the various countries involved would have to pay.

Greece received $105 million from Italy (slightly more than the Soviet Union) and $45 million from Bulgaria. But Germany did not conclude such a peace treaty before 1990, since it had been split in two – West and East.

Nevertheless, the Paris Compensation Agreement established that Greece should receive 2.7% of total cash compensation paid by Germany and 4.35% of the transport industry, ships or other payment in kind. In effect this allocated $7.1 million at 1938 market value, around half of what Greece had demanded.

In February 1953 another pact, known as the London Agreement, was signed, which covered the general debts of defeated Germany to the winners – the Allies.

The prewar German debt was cut by about 50% and the time (West) Germany had available to repay was extended to 30 years. As for the the actual war debt, this was determined separately for each country (usually there was an agreement for a 50% cut but there were exceptions, for example the “moral” debts of Germany to Israel were not reduced at all).

After 1953, West Germany came to various agreements with individual states to pay additional compensation. In 1960 Germany agreed with Greece to pay 115 million DM to Greek individuals who were victims of the German occupation.

In total, Germany has paid around 72 billion euros in war reparations, according to Reuters.

What do the Greeks want now?

The campaign for compensation has gained momentum in the past few years as Greeks have suffered hardship under austerity measures imposed by the European Union and International Monetary Fund – in exchange for bailouts totalling 240 billion euros, to save Greece from bankruptcy.

Tsipras has frequently blamed Berlin for the hardship stemming from the imposition of austerity. He has angered Berlin by threatening to push for reparations in the middle of talks to unlock aid for Athens.

Germany is most exposed to Greece’s debt, followed by France and Italy.

What is the German position?

Germany has repeatedly rejected Greece’s claims and says it has honoured its obligations, including a 115 million deutschmark payment to Greece in 1960.

The London debt agreement deferred settlement of the reparations question including the repayment of war debts and contributions imposed by Germany during the war to a conference to be held after unification. But this conference never took place and the Germans have steadfastly refused to reopen the issue.

Instead, a so-called 2+4 Agreement was concluded, which settled the renunciation of reparations claims, but only with the four Great Powers (Britain, Russia, the US and France) among the former Allies.

This 2+4 Agreement could be seen to have superceded the London Agreement and reopened possibilities for states and individuals to revive claims which were put aside in 1953. However, Germany insists that Greece did not raise this interpretation at the time and accepted that the issues were closed.

Berlin also claims that, 70 years after the war, any such claims have long-since “lost their justificatory basis.”