The United States and Cuba have announced talks aimed at restoring full diplomatic relations after five decades of hostility.

It's time for a new approach ... to cut loose the shackles of the past

As part of the move, Washington plans to open an embassy in Havana.

It comes as part of a deal that saw three Cubans freed from a Florida jail and the release of American prisoner Alan Gross by Cuba. 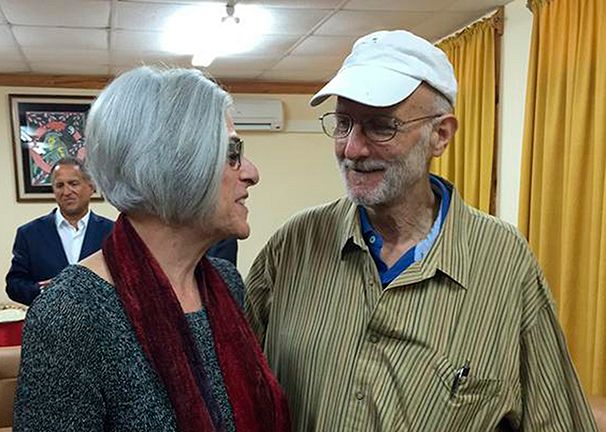 Gross had been in prison for five years.

US President Barack Obama made the announcement on the policy shift in a TV address to the nation.

“It’s time for a new approach,” he said, marking a dramatic development in a longstanding dispute that has dominated headlines for years.

President Obama said the “rigid“ and outdated policy of the past failed to have an impact on Cuba.

“Today we are making these changes because it is the right thing to do. Today America chooses to cut loose the shackles of the past, so as to reach for a better future, for the Cuban people, for the American people, for our entire hemisphere, and for the world,” he said.

Some areas involving trade and transportation are now expected to be relaxed, but for now the decades-old trade embargo remains. For this to be lifted, congressional approval is needed.

Alistair Bell from Reuters wrote: “Only Congress can overturn the law, and with Republicans due to take control of both the House of Representatives and the Senate in January, the chance of lawmakers scrapping all sanctions on Cuba soon is almost zero.”

There is vocal criticism of the move in the US, and that has mostly come from Republican politicians.

The former Governor of Florida, Jeb Bush, who is also seen as a potential 2016 Republican presidential candidate, said: “I don’t think we should be negotiating with a repressive regime to make changes in our relationship.”

Republican Senator Marco Rubio, a Cuban American, who will soon be the chairman of the key Senate Foreign Relations Committee, says he will try to block the plan.

But a spokesman for President Obama says the lifting of the embargo on Cuba could happen before he leaves office, and a visit to Cuba is possible before then, once full diplomatic relations are restored.

“If there is an opportunity for the president to visit, I’m sure he wouldn’t turn it down,” said White House spokesman Josh Earnest.

Obama said the new policy will make it
easier for Americans to travel to Cuba and he would talk to members of Congress about lifting the US embargo on Cuba.

Pope Francis assisted in the thaw in relations by pressing for the release of Alan Gross, said Obama.

Cuban President Raul Castro also made a statement at the same time as Obama. He thanked the Vatican and Canada for their help in brokering an agreement.

“It is time that Cuba and the US normalise their bilateral relations,” he added. “In that regard I heartily welcome today’s development.”

#EU parliament president twits in spanish on #US-#Cuba: "good news and a sign of leadership from both sides". pic.twitter.com/nvT7LSQbTf

What this Obama announcement means: http://t.co/iOOfG4iuGn#Cuba#AlanGrosspic.twitter.com/GoOgnSztVm

Encouraging steps by US & #Cuba which can help improve long-strained relations and improve human rights and the quality of life for Cubans.