Two caryatids (sculpted female figures) of exceptional artistic value were unearthed on Saturday during excavations by archaeologists in Ancient Amphipolis Kasta tomb, northern Greece, it was announced on Sunday, with specialists noting that the new findings further support the view that the monument is of major importance.

According to a culture ministry announcement, the face of the western caryatid is saved almost intact whereas the face of the eastern caryatid is missing. Their positioning is such to symbolically prevent entry to the tomb, while the technique used is the same with the two sphinxes’ already found during the excavations. On the figures were found traces of red and blue color referring to Kore female statues. 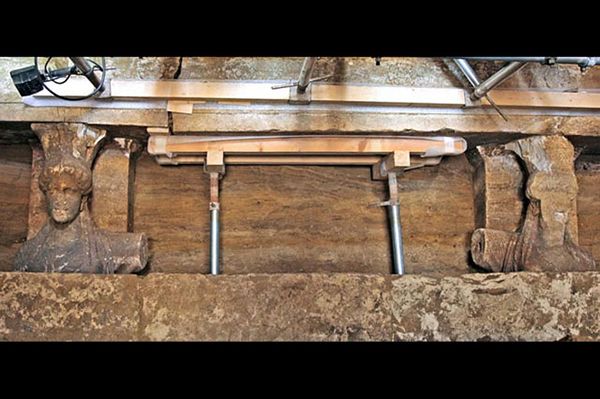 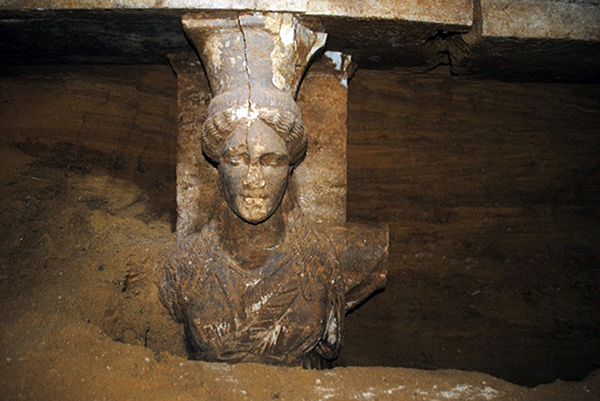 The arrangement of the tomb’s second entrance, featuring the caryatids, constitutes important finding that supports the view according to which, the monument is exceptional and of major importance, the culture ministry underlined. 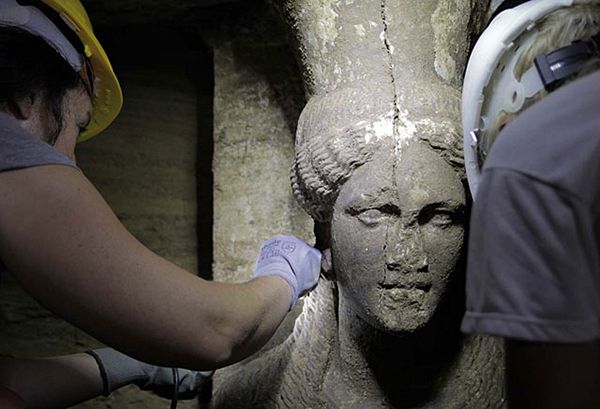 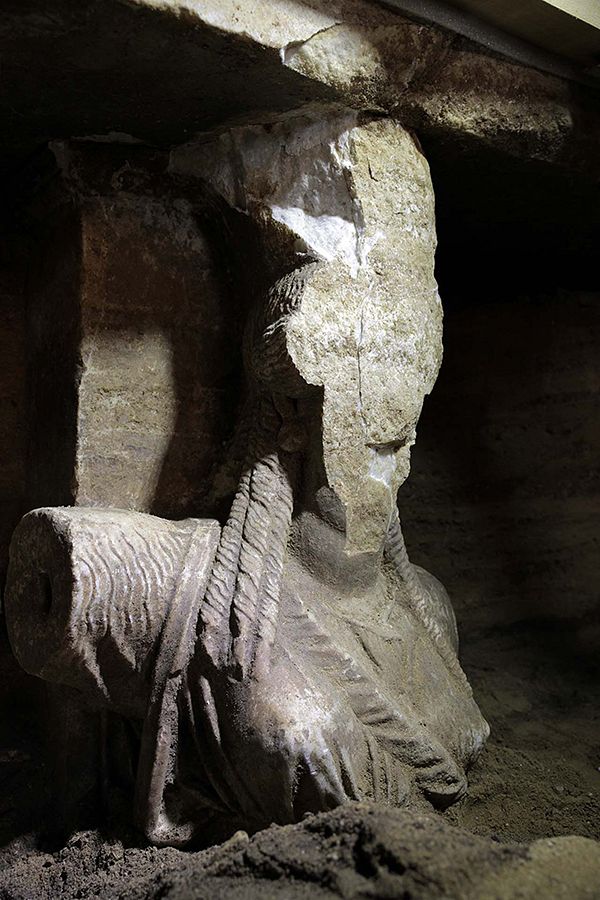