A group of people crawling up a bus, trying to get inside it through the window. Right next to that, a man is busy rolling out a red carpet. These two contrasting images may not be seen side by side in real life, but they are possible in Massinissa Selmani’s artistic world.

Selmani, who was discovered by Talmart Gallery during the Biennale of Melle in 2011, is showcasing his work at his second solo show in Paris this winter. The exhibition, named “Clouds are not made by factories” includes two series of drawings, one print on paper, and one animation realised with the visual artist, Mohamed Bourouissa.

The title of the show is taken from a song by rapper Oxmo Puccino, who as a child thought clouds are made by factories. Yes, real clouds aren’t made by factories, but factories do make a kind of fog in the air that resembles clouds: toxic ones.

Selmani’s images reveal a sense of uncertainty. In some of them, he takes press images from entirely different situations and juxtaposes them in one organic drawing.

One of the works shows different uniforms that have been mixed up and drawn on tracing paper. He first gathered pictures of these uniforms from press cuttings and blended them in an arbitrary way, producing strange and confusing images. These faceless bodies almost act as making the uniforms look autonomous.

Working from newspaper clippings is a theme in most of Selmani’s works. He describes it as his favourite work tool.

“Through my work, I explore the relationships between comedy and tragedy,” he says. “When I am interested in a tragic news story, I always try to find a way to broach the subject or avoid dramatic pathos.”

Selmani’s creations are distinctive. Where else can you find a blue dog waiting behind a wall of separation? A shark hanging out with some police officers as some politician is preparing to address an empty space?

Clouds are not made by factories runs until January 25 at Talmart Gallery (22, rue du Cloître St Merri, 75004 Paris) 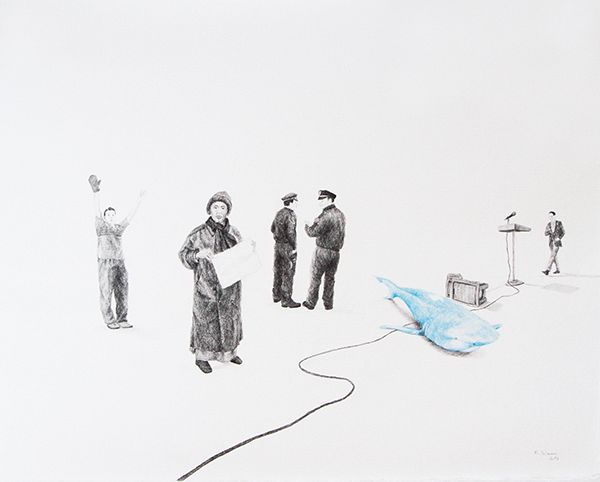 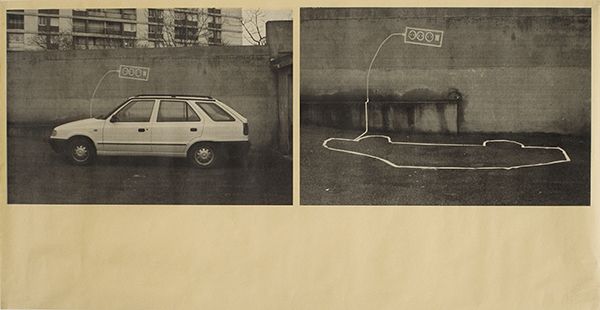 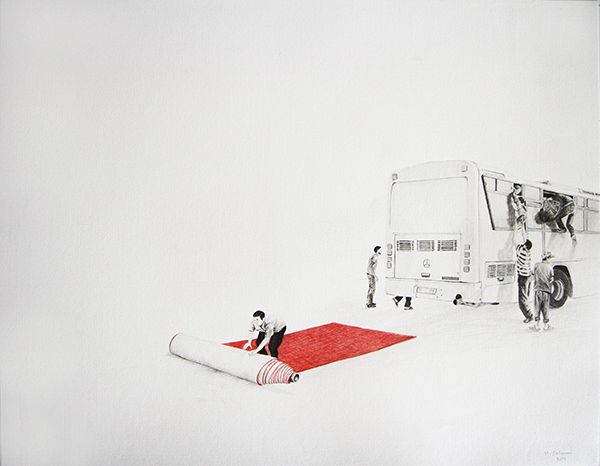