Edward Snowden has told the German government he thinks support from around the world will persuade Washington to stop what he called “harmful behaviour” – trying to stop him revealing secret surveillance by the US government.

“Speaking the truth is not a crime,” read the letter from the former U.S. spy agency contractor, who has taken refuge in Russia. He gave the letter to German lawmaker Hans-Christian Stroebele, who presented it to the media in Berlin on Friday.

“I am confident that with the support of the international community, the government of the United States will abandon this harmful behaviour,” wrote Snowden to Chancellor Angela Merkel, the German parliament and federal prosecutors.

“In the course of my service to this organisation, I believe I witnessed systemic violations of law by my government that created a moral duty to act,” Snowden added. 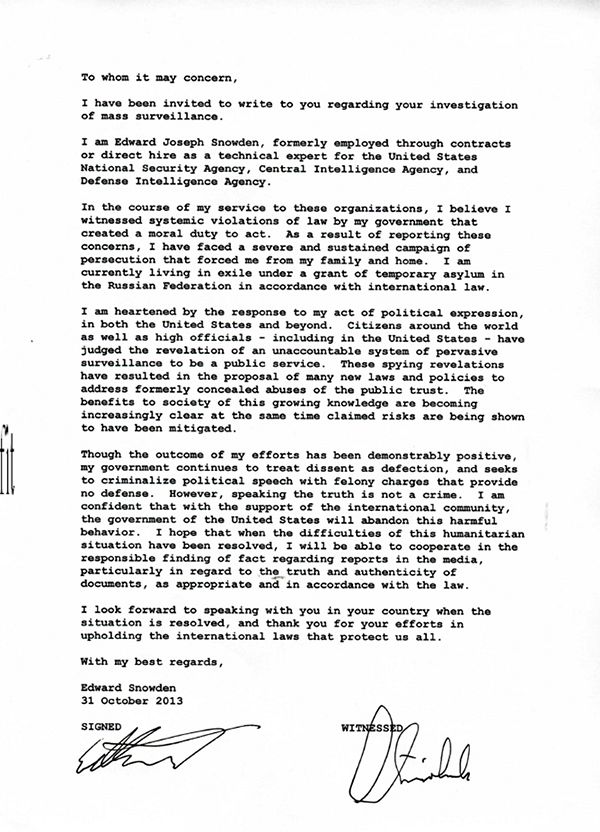