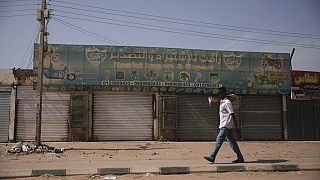 Empty streets in Sudan ahead of planned protest

The streets of the Sudanese capital were eerily empty on Saturday morning hours before anti-coup protesters planned to come out and rally against a military takeover that has derailed the country's transition to civilian rule and triggered deadly clashes.

The military on Monday detained Sudan's civilian leadership, dissolved the government and declared a state of emergency, leading to a chorus of international condemnation.

Street protests erupted against the coup, triggering a crackdown by the security forces that has left at least eight demonstrators dead and around 170 injured.

Despite the bloodshed, the protesters remain defiant, with organisers hoping to stage a "million-strong" march against the military's power grab on Saturday.