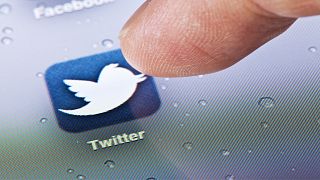 Elon Musk has said Twitter Blue will “probably” be back by the end of this week, after the new owner’s changes to verification caused days of chaos on the social media platform.

The social media platform paused its recently announced $8 (€7.79) blue checkmark subscription service on Friday, after a deluge of fake accounts paid for verification which had previously been approved by a moderation team.

Instead, he brought back the “official” badge to some of the platform’s high profile accounts.

The paid-for verification instantly divided opinion on the social media platform, with Musk claiming it was necessary to boost the company’s revenue, as well as to tackle what he has said is one of the platform’s biggest problems, fake accounts.

The coveted blue check mark was previously reserved for verified accounts of politicians, famous personalities, journalists and other public figures.

Allowing anybody to pay for verification, however, has led to an explosion of verified accounts impersonating big companies and famous personalities since its initial rollout.

Many people who need insulin in the US have to pay hundreds of dollars for the medicine.

Other accounts pretended to be politicians; two accounts, in particular, raised eyebrows after posing as former US president George W Bush and former UK prime minister Tony Blair and making tongue-in-cheek comments about their involvement in the Iraq war.

Even an account claiming to be Jesus Christ got the verification tick after paying the $8.

And there were a host of accounts impersonating Elon Musk himself. He quickly moved to clarify that impersonation would not be allowed on the platform, while suspending Twitter Blue.

Musk, who is also CEO of SpaceX and Tesla, said on Sunday that Twitter Blue would return “probably end of next week”.

The billionaire bought Twitter for $44 billion (€43 billion) following a protracted attempt to back out of the deal.

He quickly made drastic changes at the company, including firing thousands of its employees.

On Sunday, Musk announced Twitter would soon enable organisations to identify other Twitter accounts as being associated with them.

He has also raised the possibility of the social media platform going bankrupt, making the statement on Thursday, the day Yoel Roth, Twitter’s now former head of trust and safety, exited the company.

He said in his first company-wide email that Twitter would not be able to "survive the upcoming economic downturn" if it failed to boost subscription revenue to offset falling advertising income.

The US Federal Trade Commission said on Thursday it was watching Twitter with "deep concern".