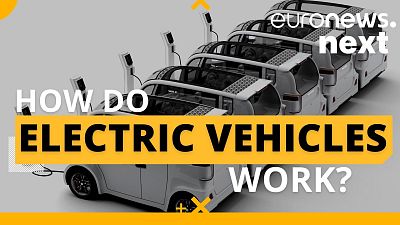 We've all heard of Elon Musk, the somewhat eccentric, technology-loving businessman. The billionaire has recently made headlines over his ongoing Twitter takeover bid but the main reason he came to our attention in the first place was by putting electric vehicles back on the map with his company Tesla.

Sales of electric vehicles reached an all-time high in 2021 with almost 6.6 million units sold. But how do they work and are they dramatically different from the cars we drive every day?

What’s under the hood?

There are, of course, differences between a traditional fossil fuel-powered vehicle and an electric vehicle, and most of them are under the hood.

The first major difference is the car's motor. In a petrol vehicle, there is an internal combustion engine that works on the principle when a mixture of fuel and air is compressed and ignited, an explosion is created.

In a very simplistic way, the energy from this explosion is then used to power the engine and move the vehicle forward. In an electric vehicle, on the other hand, the motor is electric and works using electromagnets.

The second difference is, of course, the battery. To supply electricity to the motor and allow it to operate, electric vehicles are equipped with batteries. These are mainly based on lithium-ion technology, similar to what is inside your mobile phone.

Is everything as it seems with EVs?

The main advantage of electric vehicles is that they are purportedly better for the environment. There is no exhaust system and therefore no pollution.

The technology of electric motors is simpler than that of combustion engines. There are fewer parts and therefore less maintenance and less risk of breakdown.

This all sounds very promising, but things are not as black and white as they first appear.

Firstly, the cost of purchasing an electric car is higher than its combustion-engined counterparts, even if it’s considered cheaper over time due to lower maintenance and a lower cost of recharging.

The second problem concerns access to charging stations. Not everyone has the luxury of having a home equipped - or even that can be equipped - with a personal station. And even if the number of charging points is only increasing, it is not that easy to find the necessary infrastructure close to home, especially outside cities and large urban areas.

But the major drawback of EVs is actually environmental. The vehicles themselves don’t emit any pollutants but the batteries powering the motors are made with minerals that have to be mined, a process that has a huge ecological impact on our planet.

While EVs are not perfect, and perhaps never will be, they are generally regarded as the best option we have to reduce vehicle emissions and dependence on fossil fuels, particularly as the technology behind them continues to evolve and improve.