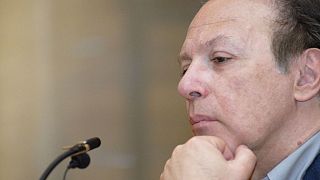 The death of Javier Marías has deprived Spain of one of its greatest literary icons.

Not only was Marías one of the greatest contemporary novelists of the Spanish language, he was also a prominent figure in the Royal Spanish Academy, and an international member of the Royal Society of Literature (RSL), the only Spanish member of the UK literature charity.

Marías died on last Sunday aged of 70 in a hospital in Madrid. He had been suffering from a COVID-19 related lung condition since mid-August.

Both the President of the Spanish Government, the Minister of Culture, and the famous Spanish publishing house Alfaguara, mourned the death of the writer.

Born in Madrid in 1951, Javier Marías came from a family of intellectuals. He was the son of Julián Marías, a philosopher, essayist and one of the most prominent disciples of José Ortega y Gasset; and Dolores Franco Manera, a teacher, writer and translator.

His most famous books are "The Man of Feeling", "All Souls", "A Heart So White" and "Tomorrow in the Battle Think on Me". His latest novel, "Tomas Nevinson", was published in March 2021.

A narrator of his own life

A writer and an academic; an author of his own realities, and a translator of the stories of others; Javier Marías proudly hovered between occupations throughout his life.

One of his first translations, Laurence Sterne's "Tristam Shandy", won him the Fray Luis de León Translation Award in 1979. As an academic, he taught Spanish Literature and Translation Theory at the University of Oxford between 1983 and 1985.

In addition to paying homage to Shakespeare through the titles of his books ("Tomorrow in the Battle Think on Me") and the intricate love triangles of his plots, many of his protagonists also mirror Marías's career as interpreters or translators. "People who have given up their own voices," in the author's words.

It was through these recurring identities that Javier Marías managed to tell the story of the translator experience. He granted the reader an opportunity to discover an internal point of view of the life of someone dedicated to elucidating the insights of others.

The Spanish daily newspaper El Pais, published the last column that Marías wrote for them. This last piece of journalistic writing is a tribute to translators, "undoubtedly one of the most important jobs in the world".

A Nobel prize within his grasp

In addition to journalistic articles, Javier Marías was the author of 16 novels, as well as books of essays and short stories. A world-renowned writer, his works have been published in 46 languages and 59 countries.

Every year, Javier Marías was a regular on the lists of candidates for the Nobel Prize. Many considered him the Spaniard most likely to win it since Camilo José Cela in 1989. Even the famous Spanish writer Arturo Pérez-Reverte pointed out the shortfall via Twitter: "The fact that Javier Marías died without the Nobel Prize takes away a lot of the Nobel Prize's status".

Although he never got that recognition, his work earned him many other high-profile awards, including the Prix l'Oeil et la Lettre and the Ennio Flaiano Award.

The stories of Javier Marías have made thousands of readers dream, but only a few have managed to be translated into the world of cinema. And not without complications.

In addition to the 2016 adaptation of "While the Women Are Sleeping" by Japanese director Wayne Wang, the work "All Souls" was adapted. However, the 1996 film "Robert Rylands' Last Journey" ended up "disfiguring the book beyond recognition," according to Marías. He initiated a long legal process to demand that all mention of his name and his novel be removed from the credits. The proceedings led to two rulings in favour of the writer in 1998 and 2002.