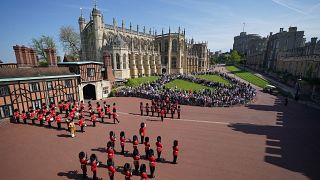 Tributes were being held on Thursday to mark Queen Elizabeth II's 96th birthday.

The queen is marking her birthday privately, retreating to the Sandringham estate in eastern England that has offered the monarch and her late husband, Prince Philip, a refuge from the affairs of state.

Elizabeth is expected to spend the day at the estate’s Wood Farm cottage, a personal sanctuary where she also spent her first Christmas since Philip’s death in April 2021.

This birthday comes during the queen’s platinum jubilee year, marking her 70 years on the throne.

While Thursday will be low-key, public celebrations will take place June 2-5, when four days of jubilee festivities have been scheduled to coincide with the monarch’s official birthday.