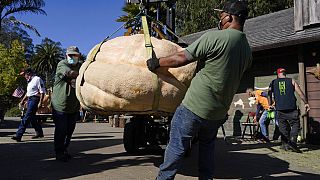 Last year, the annual contest known as the "Super Bowl" of pumpkin weigh-offs was held without spectators because of pandemic restrictions.