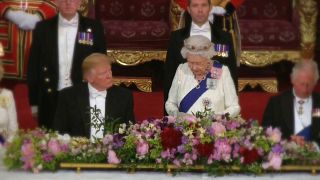 How will the UK-US special relationship play out under Joe Biden?

There are concerns in Britain that Boris Johnson’s friendship with Donald Trump will undermine his relationship with the new US President Joe Biden. But President Biden is much less likely than his predecessor to hold grudges.

Brett Bruen is the President of Global Situation Room and a former diplomat under Barack Obama. He thinks the leaders of the US and the UK will have a fine relationship:

"Joe Biden is a very personable guy. He gets on well with almost anyone. Where I think the UK is in for some challenging times is with respect to trade agreements. Those are going to be next to impossible. He will be putting the middle class at the heart of his foreign policy. Folks in rust belt states. Biden is going to attempt to capture their support and that’s not going to be with free trade deals."

"We’ve seen the weight that small constituencies can have in the case of fishing. That effect will be multiplied several times in the case of the agriculture."

But Brett Bruen thinks the UK can still play an important role:

"The UK can play an important role as a member of a federation of countries that looks a little bit different than the structure of our older alliances - whether through NATO or the EU - but now how do we bring in countries that are solidly democratic where we do stand up for a certain set of principles and the UK’s role in that will be enormously important."

Watch Tadhg Enright's full report in the player above.