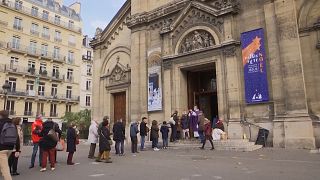 France's top administrative body ruled in favour of the Catholic church on Sunday saying the 30-people limit in places of worship across the country was too restrictive.

The State Council has given the government three days to rewrite the decree to make the measures more "proportionate".

Several bishops had announced they would not enforce the restrictions before even the ruling was made public.

Churches were allowed to reopen this weekend after President Emmanuel Macron announced last Tuesday an easing of France's lockdown.

Many worshippers expressed their irritation outside several Paris churches where priests officiated for groups of more than 30 people.

To attend mass, they had to book tickets online and give their names on their way in.

However, the church's protocol didn't seem to help limit the number of people inside the building.