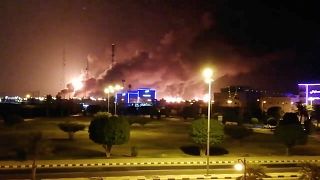 Yemeni TV channel al-Masirah said the Houthis had deployed 10 drones against the sites in Abqaiq and Khurais, and the group pledged to widen the range of its attacks on Saudi Arabia, which leads a coalition fighting them in Yemen.

Most Saudi oil exported from the Gulf is processed there.

The drone strikes on the world's biggest oil exporter come as state oil giant Saudi Aramco has accelerated plans for an initial public offering to as early as this year, and follow earlier cross-border attacks on Saudi oil installations and on oil tankers in Gulf waters.