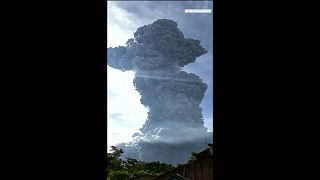 Mount Sinabung in Indonesia erupted on Sunday and threw a seven-kilometre ash column at 4:28 local time. The volcano observatory for aviation has placed Sinabung on red alert, which usually means that the eruption is imminent.

The 2,460-metre (8,071-foot) high volcano is among the most active in Indonesia. When Sinabung erupted in 2014, more than a dozen people died and thousands were evacuated. Before the recent activity, its last known eruption was four centuries ago.