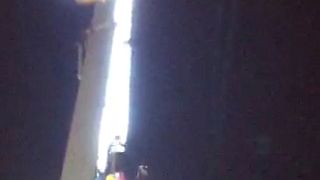 Eight people were rescued after being stuck on a fair ride for several hours on New Year's Eve in France, local media reported on Tuesday (January 1).

Social media video obtained and verified by Reuters shows the revellers sitting atop the ride, dangling their feet while waiting to be rescued in the Breton city of Rennes.

Firefighters arrived at the scene but their ladders were too short to reach the group. A rescue helicopter finally helped get them to safety.

The first person was rescued just before midnight, with the last one reaching the ground in the early hours of morning on January 1, according to media reports.