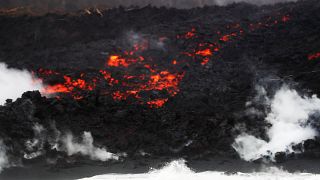 Formula One drivers in the Netherlands competed in a race towing caravans and the result was... carnage.

CCTV footage showed the moment a Philadelphia SUV owner got out of his car and attacked another driver with a sledgehammer. Police are looking for the man.

SeaBubbles, a ground-breaking flying taxi that operates on water, zoomed across the River Seine in Paris on Wednesday before it was showcased at the VivaTech conference in the city a day later.