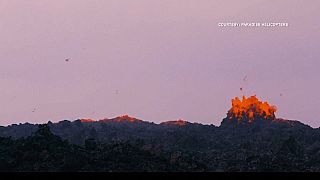 Hawaii's Kilauea volcano spewed ash nearly nine kilometers into the sky on Thursday (May 18) and scientists say this could be the first in a string of more violent explosive eruptions, with the next possibly occurring within hours.

Residents of the US state's Big Island were advised to take shelter from the ash as toxic gas levels spiked in a small southeast area where lava had burst from the ground during the two-week eruption earlier this month.

The wind could carry Kilauea's ash plume as far as Hilo, the Big Island's largest city and a major tourism center, the County of Hawaii Civil Defense warned in an alert.