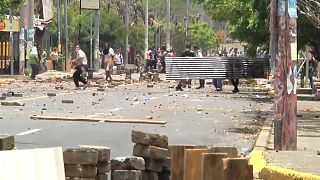 Police in Nicaragua say a police officer, protester, and pro-government activist have been killed in clashes over planned social security reforms.

The protests started after the government increased payroll taxes and changed pensions to try to shore up Nicaragua's troubled social security system.

The government has ordered five independent TV channels that have been covering the unrest off the air.