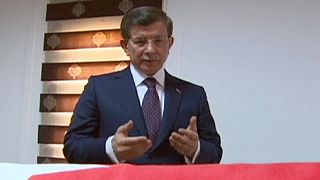 Turkish Prime Minister Ahmet Davutoglu briefly crossed into Syria on Sunday to visit the tomb of a revered Ottoman figure. He then vowed Turkey’s flag would fly there forever. The Syrian government condemned what it described as Davutoglu’s “infiltration” without its permission.

The tomb of Suleyman Shah, grandfather of the founder of the Ottoman Empire, had originally been situated further inside Syria but was relocated to within a few hundred metres of the border in February in a Turkish military operation.