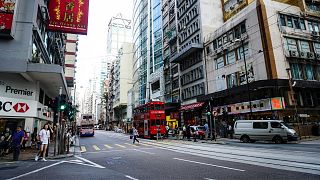 Hong Kong is giving away 500,000 airline tickets in an effort to boost tourism in the region.

The city has rolled back several COVID-19 travel restrictions in recent weeks including a mandatory three-day hotel quarantine.

Now it is hoping to bounce back from the massive impact that the pandemic had on the tourism industry in the region. And part of Hong Kong’s plan involves giving away 500,00 airline tickets worth more than €250 million.

Executive director of the Hong Kong Tourism Board Dane Cheng told the BBC that the free tickets were initially bought to support airlines during the pandemic. They will be distributed to inbound and outbound passengers in the next year by the city’s airport authority.

“The airport authority will finalise the arrangement with airline companies,” he said.

“Once the government announces it will remove all COVID-19 restrictions for inbound travellers, we’ll roll out the advertising campaign for the free air tickets.”

What are the entry requirements for Hong Kong?

Hong Kong has had some of the strictest rules for travellers throughout the pandemic.

Last month, the government announced that people would no longer have to go into mandatory quarantine when arriving in the city.

Now travellers will have to self-monitor for three days at home or a hotel of their own choosing. Multiple PCR tests and rapid antigen tests will also be required until day seven following arrival.

You are also still required to do a rapid antigen test no more than 24 hours before departure and submit an online Health & Quarantine Information Declaration. Test results and vaccination history must be submitted as part of this and a QR code will be generated that you must produce when you check in.

The news of some restrictions being lifted sparked an uptick in people looking to book flights to the destination.

But the closure of Russian airspace after the invasion of Ukraine means some airlines won’t be resuming services to the city.

Virgin Atlantic announced this week that it would be closing its offices in Hong Kong after 30 years. Flights to the city were suspended when the pandemic hit and had been due to return as part of the 2023 summer schedule.

Now the carrier has decided to pull out of this Asian travel hub altogether. Several factors contributed to the decision including the closure of Russian airspace adding at least an hour to journey times.

Customers that had booked to travel to Hong Kong with Virgin Atlantic from March 2023 will be offered a refund, voucher or the option to rebook on an alternative route with the airline.