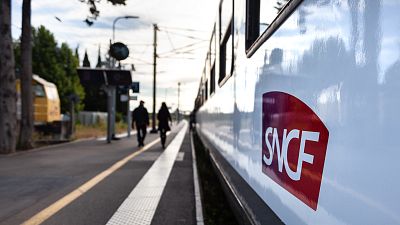 Long distance train travel is making a comeback. Maybe it’s the airport chaos unravelling across Europe. Maybe travellers are conscious of the impact of their flights. Or perhaps following the pandemic there’s a step towards a slower pace of life where the journey is a part of the trip to be enjoyed.

Whatever the combination of reasons, we at Euronews Travel think it’s great that more options are opening up.

Back in May 2021, the legendary sleeper train from Paris to Nice reopened after a four year break in service. And from 1 July, a summer-only special route from Paris to Hendaye on the Bay of Biscay, right by the Spanish border, is running until 28 August.

In Austria, state railway operator OeBB has launched a number of international routes where visitors can hop on a train in Vienna and wake up in Amsterdam, Brussels or Rome.

The UK has its Calendonian Sleeper taking travellers back and forth between London and Scotland. While, thanks to Greta, Sweden is known for its extensive and successful intercity night train routes.

In a bid to increase its capacity to run more night trains in France, SNCF is transforming 100 carriages destined for the scrapyard into brand new sleeper trains.

The historic workshop near Périgueux station, in southern France, has already completed over half of its transformation target.

"The main challenge was to meet the deadline in order to be able to resume service at the end of 2021 as planned,” says Mathieu Michaud, director of the Périgueux technical centre.

Many of the carriages they are transforming had already been stripped bare to use their parts for the maintenance of the fleet.

"They had been damaged, vandalised, squatted in, and they were really in a state of disrepair,” explains Julien Polito, rolling stock manager at the Charentes Périgord technicentre.

“They were the most damaged cars in the fleet, for which we had no commercial use, so before putting them back into service, we had to carry out a significant amount of work to bring them up to standard.”

According to Julien, it takes around 4,000 working hours to transform a carriage into one with beds and between 2,500 - 3,000 for a seated carriage.

France is bringing back night trains

Due to the high costs of maintenance, in 2017 the French government terminated night trains on all routes where passengers had other alternatives, leaving just two - between Paris and Briançon in the Alps, and Cerbère in the Pyrenees.

But in 2021, French President Emmanuel Macron's administration had a change of heart, announcing plans to revive night trains as part of a €5.3 billion programme of investment in rail.

French Transport Minister Jean-Baptiste Djebbari said in January that he hoped to have night trains running on a dozen routes by 2030, with the Paris-Nice link to be followed with a revived service between Paris and Tarbes, near Spain.

Further down the line, France aims to have overnight trains running between provincial capitals and other European cities.

Watch the video above to find out more about the transformation of sleeper trains.