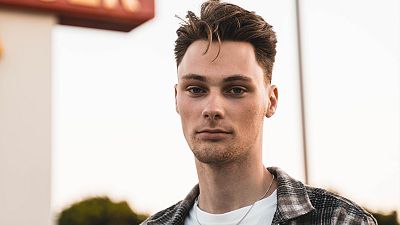 What started out as a fun game for Trevor Rainbolt when he was back in high school has led to the TikToker gaining over 400k followers in less than 6 months.

The game in question? Geoguessr.

For those of you who aren’t familiar, Geoguessr is an online game launched in 2013 in which players are dropped into a random place on Google street view anywhere in the world and must ascertain their location. The closer you are, the more points you earn.

The 23-year-old US TikToker launched his @georainbolt account in October 2021 and started posting more seriously in January 2022.

His posts of him playing Geoguessr along with his very popular tips videos have amassed more than 12.5 million likes so far.

“I never started posting for any other reason than because I wanted people to see my passion. I never expected it to get that big,” Trevor tells Euronews Travel.

“When COVID hit, I was really itching to experience different cultures and see the world a bit so I looked to geoguessr and I guess the rest is history,” he says.

And whilst he virtually explores the world, Trevor has been inspired to take some trips in real life.

His wish list of destinations across the world is ever growing, with northern Thailand and Iceland sitting at the top of his must-sees. But right now, he’s focusing on seeing more of his own country.

“I'm trying to visit one new city a month. And the way I find that city is I'll play geoguessr and I'll fly to a random city,” Trevor explains.

He’s recently visited Dallas, Texas and is planning several trips to National Parks across the country.

“Going solo just to adventure is something that I probably never would have done without seeing it on Geoguessr.”

If you’re inspired to have a play, here are Trevor’s top tips for starting out:

“I would recommend learning what side of the road most countries drive on first, along with their road lines, and then figure out what hemisphere you're in.

“Between those two, you can probably distinguish where you are pretty quickly.”

Trevor also says that although he hasn’t learnt any languages fluently, he has learned to recognise letters which are unique to certain alphabets and can read the word for ‘street’ in most languages.

Watch the video above to see Trevor Rainbolt in action.