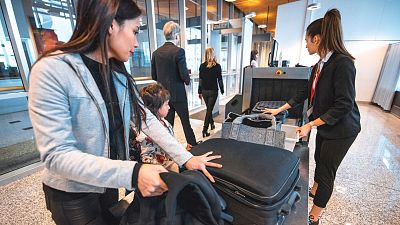 Millions of dollars are being invested into hi-tech airport scanners in the US to improve the security of passengers.

The Transportation Security Administration (TSA) announced that it has purchased new X-ray systems, spending a total of $781.2 million, or just over €707 million.

Not only will the scanners make going through airport security a lot quicker and more efficient, they should make travellers feel safer. The technology will better detect banned items such as weapons and explosives in carry-on bags using full-sized Computed Tomography (CT) systems.

“They provide our dedicated frontline officers with one of the best tools available to screen passenger carry-on items and also improve the passenger experience by allowing passengers to keep more items in their carry-on bags during the screening process,” he said in a statement.

Nearly 1,000 systems have been ordered and should be live in US airports from the summer of 2022.

How do the scanners better detect weapons in bags?

CT scanners use sophisticated algorithms to detect weapons, explosives and other prohibited items in carry-on luggage.

The technology creates a 3D image which TSA officers can view and rotate in order to identify threat items within a passenger’s luggage.

Much like the devices used to scan checked baggage, this equipment is the right size to fit in with the checkpoint environment.

The plan is to eventually allow travellers to keep their laptops and liquids inside their luggage during screening.

The agency says it plans to eventually allow travellers to keep their laptops and liquids inside their luggage during screening, as the CT technology can detect explosives inside liquids.

But under current procedures, liquids must still be taken out of bags.

The airport scanner update coincides with an announcement made by President Joe Biden in December, in which he stated that the Biden-Harris Administration would improve customer service across 17 federal agencies.