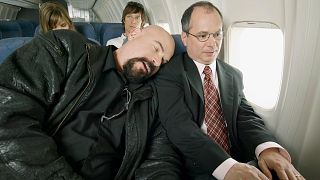 We’ve all been there. You’ve just nabbed the window seat and chosen your favourite film when the worst possible person sits next to you.

Who this is depends on your personality type. While some people love to chat, others find talkative types a total nightmare. And while you might love cooing over cute babies, others can’t stand a flight filled with crying.

Some grievances are universal though. Bad hygiene and smelly food are likely to annoy even the most chilled-out travellers. And as plane mask rules start to relax, many will be wishing passengers would keep them on if it reduces the chance of loud conversations and drooly snoring.

To uncover our worst plane habits, Only Wanderlust has done some research into the top 20 most annoying airline passengers. They surveyed over 1,500 air travellers and asked what irritated them most about their fellow passengers.

"Many of us are flying again after an extended time off due to the pandemic," says Amar Hussain, founder of Only Wanderlust.

"With that comes the trials and tribulations of sharing an enclosed space with strangers at 36,000 feet. We were interested to see what the most common annoyance is and where improper mask-wearing ranked as it is a new addition to air travel."

So whether you’re flying long-haul or just hopping across Europe, here are some things to avoid if you want to keep your fellow flyers happy.

The top 20 most annoying plane habits

19. The Manspreader — Passengers who spread their legs, aka manspreading.

18. The Clapper — Passengers who applaud when the plane lands.

17. The Too Relaxed — A passenger who puts their feet up on, or between your seats.

16. The Armrest Hog — When your neighbour takes up all of the armrest.

15. The Chatty Cathy — When your neighbour talks to you through the flight.

14. The Weak Bladder — People who get out of their seats regularly.

13. The BYO Meal — A passenger who brings on smelly food

12. The Eager — Passengers standing and getting bags as soon as the plane lands.

11. The Stinky Feet — A passenger removing socks or shoes.

10. The Loud Sleeper — A passenger snoring.

9. The Not-So-Masked — Passengers not wearing their masks properly.

8. The Scented — A passenger wearing strong perfume or cologne.

7. The Recliner — That person in front of you who reclines their seat.

4. The Leaner — Your seat being pulled or leaned on.

2. The Stinker — A passenger with a bad body odour.

And the number one spot goes to…

The seat kicker. Yes, that’s right, having your seat kicked is the most irritating thing that can happen on a plane. Usually the tactic of naughty kids, seat kicking is an age-old way of winding people up.

Whether it gets to you depends on your age and gender though. According to the survey, women find body odour more annoying than seat kicking, while people between the ages of 35 and 55 find loud talk more irritating.

Is there anything we’ve missed out?

The Euronews Travel team have some stories of their own when it comes to annoying airline passengers. From the child who repeatedly threw bread, to the man who was desperate to show off his magic tricks, there are plenty of other weird and exasperating plane behaviours out there.

If you’ve got any irritating habits to share, head on over to our Instagram stories to let us know about them.