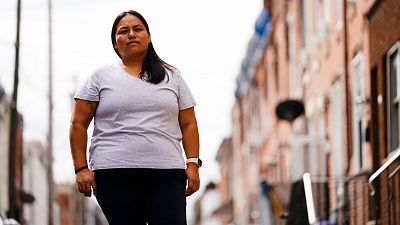 Philadelphia parents who don’t speak English say they’ve long been excluded from parts of their children’s education because of language barriers. US.   -   Copyright  AP Photo
By Maeve Campbell  •  Updated: 20/12/2021

The research by Australian National University (ANU) found that of the world's 7,000 recognised languages, around half are currently endangered - with 1,500 particularly at risk.

"We found that without immediate intervention, language loss could triple in the next 40 years. And by the end of this century, 1,500 languages could cease to be spoken,” says co-author Professor Lindell Bromham.

So what’s putting these mother tongues under pressure? The study identified as many as 51 new stressors on endangered languages.

One surprising finding was that more years of schooling increased the level of language endangerment in some countries. The researchers say it shows we need to build curriculums that support bilingual education, fostering both Indigenous language proficiency as well as the use of regionally-dominant languages.

"Across the 51 factors or predictors we investigated, we also found some really unexpected pressure points. This included road density," Professor Bromham says.

"We found that the more roads there are, connecting country to city, and villages to towns, the higher the risk of languages being endangered. It's as if roads are helping dominant languages 'steam roll' over other smaller languages.”

According to a UNESCO study of endangered languages, areas with a particularly large number of languages that are nearing extinction include:

Other hotspots are Oklahoma and the Southern Cone of South America.

Africa is the most linguistically diverse continent in the world. People speak approximately 2,000 different languages.

New languages, such as Kenya's "sheng", a mixture of English, Swahili and mother-tongues, are emerging.

New languages, such as Kenya's "sheng", a mixture of English, Swahili and mother-tongues, are emerging. But, more than 300 languages have less than 10,000 speakers, a fact that renders them, according to the UN, as endangered. 37 of them are in danger of extinction.

It is estimated that between 7 million and 10 million people are native speakers of Catalan in Spain, France and Italy. Yet Malta's total population of 420,000 is all bilingual English-Maltese. On the other hand, Irish, the first state language in Ireland, has no official status in Northern Ireland, where it is characterised as a regional language and has been classified by UNESCO as "definitely endangered".

What about endangered languages in Australia?

Published in Nature Ecology and Evolution, this study also found important lessons for preserving many of the endangered languages spoken by Australia's First Nations peoples.

"Australia has the dubious distinction of having one of the highest rates of language loss worldwide," says Professor Felicity Meakins, from the University of Queensland and one of the study's co-authors.

"Prior to colonisation, more than 250 First Nations languages were spoken, and multilingualism was the norm. Now, only 40 languages are still spoken and just 12 are being learnt by children.

As the world enters the UNESCO Decade of Indigenous Languages in 2022, the study's findings are a vital reminder that more action is urgently needed to preserve at-risk languages.

"When a language is lost, or is 'Sleeping' as we say for languages that are no longer spoken, we lose so much of our human cultural diversity. Every language is brilliant in its own way,” says Professor Bromham.

UK day 2 tests to be scrapped before half term, PM confirms

Spain wants richer tourists - and other key travel trends in 2022