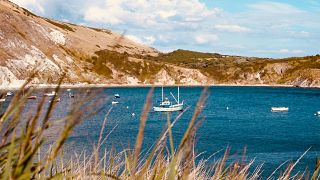 As summer reaches its height in the UK, many are craving the staples of a British seaside getaway, with beach huts and ice lollies galore.

But, with domestic travel more popular than ever, it’s important to look a little further afield when choosing a beach-based destination.

Luckily, the British Isles is home to more than 31,000km of coastline, so you’re sure to find something you like.

One of Yorkshire’s closely guarded secrets, Filey is the perfect getaway for those looking to escape the hustle and bustle of inner-city life.

Quieter than most seaside resorts, Filey offers visitors some much-needed peace, with long stretches of beaches as well as rock pools known to hide fossils and exotic sea creatures.

As one of the UK’s most photographed beaches, Durdle Door is by no means a hidden gem.

Its popularity is well-deserved thanks to its beauty and location.

Situated along the Jurassic Coast, keen hikers can take in picturesque views following the path between Durdle Door and nearby Lulworth Cove, another Dorset marvel.

Boasting one of the longest stretches of sand in Europe, Brean Beach is perfect for sports enthusiasts.

Offering a range of beach activities including jet-skiing, kite-surfing and sailing, and less than two miles from Weston-Super-Mare, this beach is perfect for a fun-filled day out.

With excellent water quality and rock pools aplenty, this relatively unknown beach resort is just waiting to be explored.

Rivalling iconic Welsh sites such as Mevagissey and Polperro, Tenby charms visitors with its sparkling blue waters and attractive promenade stretching along the coast.

With roads largely pedestrianised throughout the summer and restaurants going al fresco, visitors can enjoy dinner whilst soaking up the welsh sunshine.

Accessible from the mainland via a sand causeway, this postcard-perfect destination is unlike any other seaside destination in the UK.

The island takes two and half hours to walk, with fine cliff scenery as well as remains of the ancient St Ninian’s Chapel, where a mysterious treasure trove was once hidden.

A favourite among several members of our team at Euronews Travel, Formby - situated just north of Liverpool - truly has it all.

To gain access to the golden sands, you have to first traverse the fairly epic dunes that surround the beach.

Unless you are there at high tide, it’s normally a lengthy walk to reach the water - which makes it perfect for runners and dog walkers.

But the really special thing about Formby is what lies on the other side of the dunes. The 60-hectare (150-acre) National Trust site includes a stunning pinewood forest, famed for its red squirrels.

For history buffs, the tides will often reveal prehistoric mud layers, complete with footprints that date back to 6000 BCE.