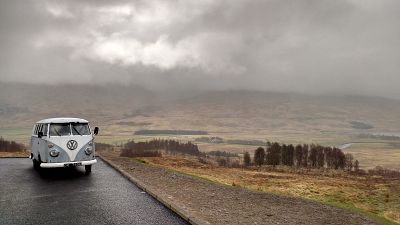 Campervanners could soon be prosecuted for wild camping in the UK   -   Copyright  Florian Schreiber / Unsplash
By Sarah Palmer  •  Updated: 02/07/2021

With summer accommodation options booking up around the UK, taking to the road in a campervan is an increasingly appealing option for many. However, a new 'Police, Crime, Sentencing and Courts Bill' could criminalise thousands of people who wild camp in campervans and motorhomes.

A petition has just been launched to counteract some of the decisions made.

Who will this new law impact?

As camping and campervan holidays rise in popularity - especially as people aim to avoid the crowds this summer - the bill would impact many communities including:

What are the reasons behind the new law?

There are some rules which it’s easy to miss when you’re thinking of heading off on a campervan holiday. For example, people need permission from the landowner to light a campfire. In the UK, these owners could be local councils, private landowners or organisations like The National Trust.

Why are people protesting the change?

With camping and van life such an integral part of not only people’s holidays, but their day to day lives, this would massively impact the way people can travel.

Nick Rosen, author of ‘How to live off-grid’ and documentary filmmaker, argues, “We urgently need 10,000 signatures to the petition as the government is then forced to respond during the bill’s passage through parliament, giving us a good chance of forcing an amendment.

“There are upwards of 60,000 people living off-grid in mobile homes of various sorts in the UK. Some are taking a break from their normal life, while others live this way permanently. Many people don’t realise that the van-dwelling way of life is under direct threat from the bill, at a time when it has never been more popular and necessary.

"Action is needed urgently to raise awareness and stop this unintended consequence of the crackdown on protesters.”

What would happen if you broke the new law?

Van dwellers and those wild camping in vehicles could potentially face:

These are the top 10 best hiking destinations in Europe