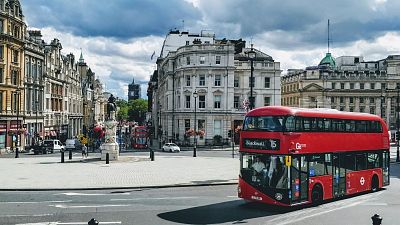 The UK government is due to announce some changes to travel restrictions   -   Copyright  Josh Mills / Unsplash
By Sarah Palmer  •  Updated: 24/06/2021

As of 19:30 BST, the UK government has amended its restrictions for overseas travel. Click here for the full list of new countries and territories.

It was John Donne who first penned the phrase ‘no man is an island’ almost 400 years ago. It was one which aptly resurfaced back in 2016 when Britain made the much-disputed decision to leave the European Union.

Five years later, the country finally did. Mid-global health crisis and on the brink of the biggest financial crash of our age, it became especially prevalent once more.

Why? Because while the rest of Europe takes informed, calculated and transparent steps to get back to normality by reopening borders, making decisions and communicating with other world leaders, the UK’s strategy for finding a ‘new normal’ remains limited and unclear.

What is happening with the UK and international travel?

The travel industry is, rightly, asking for answers. There has been a huge call-out in recent days for the UK to expand its green list destinations, which currently exclude countries like France, Spain, Italy, Greece and the US among some 150 other locations. This is despite many of these countries now being completely open for international travel.

If you’re hoping to visit the UK from countries on the green list all you need to do is take a test pre-arrival, a test two days post arrival and complete a passenger locator form. Currently it consists of just 11 destinations that the government deems safe to enter.

However, it doesn’t necessarily work both ways. If there’s any confusion around whether UK citizens can just as freely pack their bags for a green list country, let us clear that up now.

Australia, for example, heads up the exclusive set of green list destinations. Aussie residents are more than welcome to come and enjoy the great British summertime in a drizzly pub garden somewhere in London. But if any Brit fancies the 24 hour trek across the world to spend the summer on Bondi Beach, unfortunately the federation is currently closed to most international arrivals.

Anyone coming into Australia needs to present a negative COVID test and spend a good chunk of the following 14 days lapping their hotel room in a desperate attempt to reach those 10,000 steps. Essentially what we’re saying is, the quarantine procedure remains firmly in place in Aus and many other countries still operate tight travel restrictions.

There has been a lot of controversy around the UK’s decision to apply arrival restrictions to those who have been vaccinated. Especially following the so far successful roll-out of the EUDCC, which enables the vaccinated, those who have tested negative and those who have recovered from COVID-19 to travel around the bloc unhindered.

According to recent updates, the UK government is now reviewing its policies to decide whether vaccinated travellers from amber list locations would need to undergo a 10 day quarantine and periodic testing.

Boris Johnson has ‘suggested’ that over the coming weeks, UK travel to amber list countries might become an option for holidaymakers who have had both doses of the vaccine. This would mean no quarantine upon the return back home from some of the most popular holiday spots for Brits.

If these changes are coming, the industry has outlined they should happen by July 19. However some, including German chancellor Angela Merkel, have voiced their concerns over the spread of the Delta variant, arguing that any incoming UK travellers should still adhere to strict testing and quarantine rules.

Brexit has hit UK's position as a gateway to Europe, say freight firms