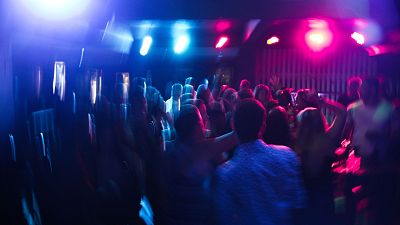 Nightclubs in France will be allowed to reopen their doors to customers from July 9, the government announced on Monday.

Revellers will need a health pass attesting they have either been fully vaccinated, have been tested over the previous 72 hours or have recovered from COVID-19, to take a spin around the dancefloor.

Capacity has been capped at 75 per cent indoors with no restrictions outdoors and there is no face mask requirement although Culture Minister Roselyn Bachelot said wearing one remains recommended.

French nightclubs have been closed for 15 months and will be the last businesses to reopen their doors.

Standing concerts will meanwhile be able to proceed from June 30, with similar conditions, and health passes necessary if more than 1,000 music lovers are to be present.

The government added that concert venues and nightclubs will be allowed to install marquees at the entrance to allow customers without a health pass to undergo a rapid test.

France has accelerated its easing in recent weeks due to an improving epidemiological situation.

A nighttime curfew initially scheduled to end on June 30 was lifted on Sunday and the requirement to wear facemasks outdoors in public was eased 10 days early.

WHO: Monkeypox does not warrant being declared global emergency yet