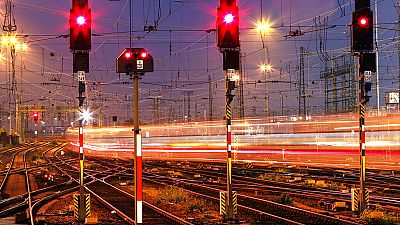 In response to surging demand for climate-friendly slow travel, a Dutch startup is launching a new night train service which will connect several popular European cities.

From April 2022, European Sleeper will link Brussels and Prague, with stops in Amsterdam, Rotterdam, Berlin, and other cities along the way.

European Sleeper co-founder Elmer Van Buuren says the new line is fuelled by 'flight shame', a term used in Sweden to refer to shaming people for increasing their carbon footprint through flying. "There needs to be a good alternative to flying or using your car," Elmer says, and the European Sleeper is a way of doing this with relatively low investment.

Trains are often more hassle-free than flying, he adds, as they depart from city centres and deliver you to city centres, unlike out-of-town airports.

"There used to be a lot more night trains than nowadays and I want to bring them back,"

"People can sleep and get rested while being transported, and then wake up in a new city on time for a professional meeting. It's kind of magical."

Watch the full interview with the co-founder of European Sleeper above.

How to choose travel insurance in 2022

Britain's failing train network to be brought under state control

Prague rocked with protests amid diplomatic row with Moscow