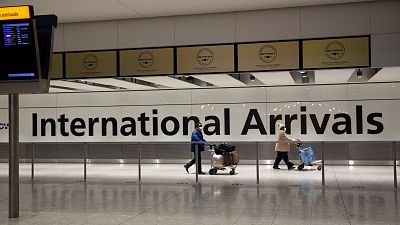 Any Heathrow-bound direct flight coming from any of the countries listed on the British government's Red List will land at Terminal 3.

There are currently 43 red-list countries, including Brazil, India, South Africa and Turkey. The list is reviewed on a weekly basis.

Only people with British citizenship or residency are allowed to travel to the UK from these countries. They must take a COVID-19 test before departure and quarantine for 10 days in a managed quarantine hotel upon arrival.

A Heathrow spokesperson said, "Red list routes will likely be a feature of UK travel for the foreseeable future as countries vaccinate their populations at different rates. We’re adapting Heathrow to this longer-term reality by initially opening a dedicated arrivals facility in Terminal 3 from June 1st for red list passengers arriving on direct flights."

The facility will be moved to Terminal 4 "as soon as operationally possible".

"While opening this facility will be logistically very challenging, our hope is that it will enable Border Force to carry out its duties more efficiently as passenger volumes increase in line with the green list," the spokesperson added.

It comes as several experts advising the British government have warned that easing restrictions too soon could have a detrimental impact. The UK is scheduled to lift most of its remaining restrictions on June 21.

Several countries including France and Germany have meanwhile restricted travel from the UK over concerns over the spread of the B.1.617 variant which first emerged in India.

Post-pandemic travel trends and what they say about us

Britain endured a summer of strikes amid cost of living crisis