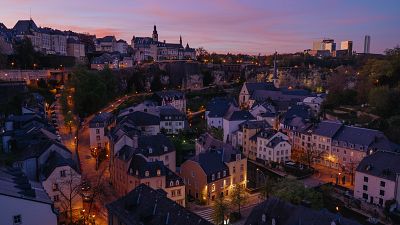 The last time I boarded a plane to Luxembourg for a weekend away, there was probably enough room to play tennis down the aisle without fear of hitting anyone. Certainly, there was ample space to not have that awkward worry about how far back in your seat to recline without bothering the person behind. This was pre-pandemic, too.

Perhaps that virtually empty flight was indicative of the sort of modest tourist numbers Luxembourg attracts, though that’s often never a bad thing for those who do visit. And in the case of the world’s only Grand Duchy, it can be a moment of epiphany when the curious traveller enters Luxembourg City for the first time and marvels at its multi-layered cityscape, soaring spires, tumbling gorges and twisting rivers.

And while this unique city deserves more attention than it receives, the cinematic hills and forests outside the capital are just as worthy of attention. So, if anxiety-inducing crowds are an issue for you as Europe tentatively reopens this summer, look no further than the quiet little country sandwiched in between France, Germany and Belgium.

Though Luxembourg has fully vaccinated (two doses) almost 20% of its population thus far, it’s still subject to some restrictions like many other European countries. With a few exceptions (Australia, New Zealand and South Africa among them), third-country nationals may not enter its territory until June 30th.

However, citizens of the EU and of the countries associated with the Schengen area, as well as citizens of San Marino, Andorra, Monaco and the Vatican/Saint See, are free to enter Luxembourg, regardless of the purpose of the stay. There is also an obligation to present a negative COVID-19 test result (not older than 72 hours) before boarding any flight to Luxembourg.

When the time does come for greater travel this summer however, the pleasant towns and pristine hills of Luxembourg will make for a crowd-free escape in the heart of Europe.

Things to do in Luxembourg

While Luxembourg’s bucolic landscapes will be tempting to disappear into at first, take the time to check out its quirky capital city first. A natural fortress surrounded by falling hills, rocky ravines and dense forest, Luxembourg City’s Old Town is on the list of UNESCO World Heritage Sites due the historic importance of its famous fortifications. And they’re not a bad place to kick off an exploration of the city.

Initially carved in the 17th century during the period of Spanish rule, this complex subterranean network of tunnels and fortifications helped Luxembourg City become known as the ‘Gibraltar of the North’. A tough and precipitous cliffside with cannons protruding out of carefully cut holes, it’s unsurprising that Luxembourg gained a reputation for being impregnable.

Visitors can meander through the ghostly passageways, wondering why enemies even bothered attempting an attack.

Described by prominent Luxembourgish writer Batty Weber as ‘the most beautiful balcony of Europe’, the Chemin de la Corniche is an ideal spot for anyone wanting to grasp the dramatic topography of this unique city.

Looking out across the crooked rooftops of the low-lying Grund neighbourhood, the snaking Alzette river and the lonely spire of the Église Saint-Jean-du-Grund, a stroll along this elevated trail is especially epic at sunset and only a short walk from the city centre.

Often referred to as Luxembourg’s Little Switzerland, Mullerthal’s thick forests, rolling hills and winding streams are reminiscent of famous Swiss landscapes (minus the snow-capped mountains, of course). Head onto the 112km Mullerthal Trail for sublime summer hiking, where you’ll take in rare sandstone rock formations and wonderful views over the river Sûre.

Also, don’t miss the chance to stop by in charming Echternach – Luxembourg’s oldest town and famous for its bizarre dancing procession held every Whit Tuesday.

The north of Luxembourg is one of its most unspoilt regions and home to some of the country’s finest hiking and cycling trails. Forming part of Luxembourg’s Ardennes region, it’s a scenic landscape of verdant valleys pockmarked by medieval castles and quaint villages.

Not only is Vianden Castle a fascinating old ruin to visit, the town of Vianden is also home to Luxembourg’s only chairlift. Taking travellers up to a height of 440 metres and crossing the River Our as it climbs, the summit offers majestic views of the castle, the valley and the town itself.

With its elegant spires soaring over the capital city, Notre-Dame Cathedral is the only cathedral in Luxembourg. One of the most recognisable buildings in Luxembourg City, its first stone was laid over 400 years ago in 1613 though its appearance has evolved over the years (such as the 19th century inclusion of its ornate stained-glass windows).

While a notable example of late Gothic architecture, it also contains many elements and adornments in the Renaissance style.

If spending sunny afternoons drinking dry white or sparkling wine in a lush green landscape sounds like a good idea, then Luxembourg’s Moselle Valley could be the first place to head this summer. Home to hilly vineyards growing grapes including Riesling, Gewürztraminer and Chardonnay, the mild climate and limestone soils of this unique region make it ideal for crafting sublime wines.