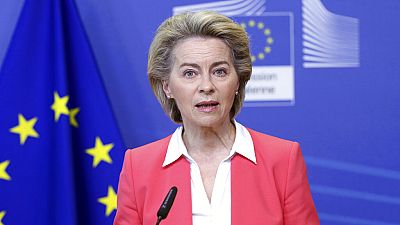 American tourists who have received both doses of a vaccine approved by the European Medicines Agency are likely to be allowed to visit the European Union this summer.

The European Commission president, Ursula von der Leyen did not give exact dates, but noted the United States was "on track" to inoculate 70% of adults against COVID-19 by mid-June.

Speaking to The New York Times, von der Leyen added that a large deciding factor was the European Medicines Agency (EMA) green-lighting the same vaccines as the US.

These include the Moderna, Pfizer/BioNTech and Johnson & Johnson jabs.

"The Americans, as far as I can see, use European Medicines Agency-approved vaccines," von der Leyen told the newspaper. "This will enable free movement and the travel to the European Union.

"Because one thing is clear: All 27 member states will accept, unconditionally, all those who are vaccinated with vaccines that are approved by EMA."

While the Commission president's comments referred to the bloc as a whole, there are some countries that have made independent strides to welcoming tourists back after the pandemic.

On Monday, Greece scrapped quarantine measures for travellers from a number of locations, including the US, other EU member states, the UK, Iceland, Liechtenstein, Norway, Serbia and Switzerland.

The United Arab Emirates and Israel are also on the list.

Meanwhile, French President Emmanuel Macron has also suggested a 'special pass' might be offered to American travellers to restart tourism.

This might be part of the European Green Certificate, due to be ready in either mid-May or June, and would either show a person has been vaccinated against COVID-19, has received a negative test result, or has tested positive and recovered within the last 180 days.