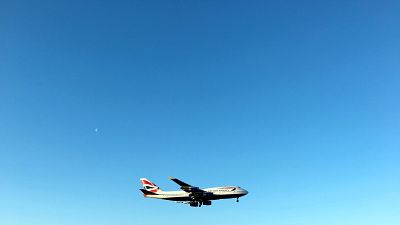 Hopes are rising for foreign holidays to be allowed for UK travellers. Under proposals that could come into force from 17 May, countries will be placed in a traffic light system with green, amber and red lists. These will determine whether, and where, travellers must isolate on returning to England, government officials confirmed.

Ministers are expected to confirm at the start of May whether travel can resume on 17 May, and will also then give the first list of countries in each colour-based list.

What is the UK’s traffic light system?

The UK’s traffic light proposal shows green, orange and red list countries, which are identified by the risk of contracting COVID-19. This is measured by factors including:

The ‘red list’ currently houses 39 destinations including popular holiday spots such as the Philippines, the Seychelles and the UAE. Red list countries are totally off-limits for travel. If movement between countries is absolutely essential, it comes in exchange for a 10-day quarantine, departure testing and PCR testing on days 2 and 8.

'Orange list' countries follow a similar quarantine procedure. However for ‘green list’ countries - which is a small handful and does not include popular European destinations like France and Spain - travellers will not need to quarantine, but testing before departure and arrival will be mandatory.

The coloured lists will be reviewed regularly, taking into account factors such as Covid infection rates, the prevalence of variants, and the extent of vaccination programmes.

The government has said that restrictions for each tier of the system will be looked at for potential changes on 28 June, 31 July and 1 October. But they also warned that countries could be removed or added to a list at very short notice.

So where can UK residents travel to this summer?

Currently, on a list that seems to change by the day, Israel and Gibraltar are firm favourites on the UK holiday bucket list. Seychelles and the Maldives are forecast to change grades ahead of summer travel.

But for countries like Spain, France and Italy - popular destinations for the British traveller - it seems likely they will be a no-go for summer 2021.

In a statement, Schapps said, “International travel is vital – it boosts businesses and underpins the UK economy – but more than that, it brings people together, connects families who have been kept apart, and allows us to explore new horizons.

“The framework announced today will help allow us to reopen travel safely and sustainably, ensure we protect our hard-won achievements on the vaccine roll out, and offer peace of mind to both passengers and industry as we begin to take trips abroad once again.”