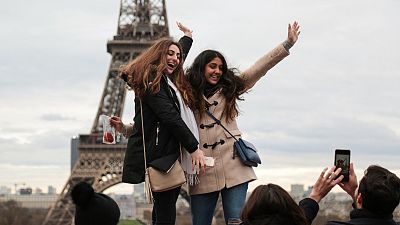 It was once considered a rite of passage for millions of students who lived, worked, and travelled across Europe - but access to a new British scheme this year hopes to make the Erasmus programme a distant memory.

Further details of the UK’s new replacement student scheme were released on Monday to a mixed response.

The £100 million (€116 million) Turing scheme - named after Second World War codebreaker, computer pioneer, and mathematician, Alan Turing - will officially start in September and will be open to applications this month.

The Turing scheme is not without its detractors, with many arguing it falls short in scope and vision compared to its European contemporary.

More than 10 million young people from across the EU have benefited from the ability to travel, study and work abroad in the three decades since its inception.

Guy Verhofstadt, a Belgian MEP and vociferous Brexit critic, appeared to mock the new scheme on Twitter on Tuesday.

"Less support, fewer opportunities for young students through the new Turing scheme…" he tweeted. "You don’t need to be 'Turing' smart to see who suffers from Brexit here…"

Why did the UK ditch Erasmus?

While continued participation in the Erasmus scheme was on the table during Brexit negotiations, the UK government chose to withdraw from it in favour of creating its own programme.

On December 26, UK education secretary Gavin Williamson promised that the country now had "the chance to expand opportunities to study abroad and see more students from all backgrounds benefit from the experience".

"The Turing scheme will deliver real value for money and is part of our promise to level up the UK," he added.

"Evidence shows that students who have international experience tend to do better academically and in employment, and the benefits are greatest for those who are least advantaged," she said.

"The new Turing scheme is a fantastic development and will provide global opportunities for up to 35,000 UK students to study and work abroad".

While the UK’s continued Erasmus membership was severed with the signing of the Brexit trade deal on December 24, some universities who applied for and received EU funding before the end of 2020 are still able to access the Erasmus scheme for the time being.

Students in Northern Ireland will also still be able to travel on the scheme under a long-term agreement with the Irish government.

What are the main differences?

While government ministers believe the new scheme to be ambitious, the devil is in the detail. The government funding being pumped into the Turing scheme, for instance, appears to fall short of the £2.8 billion (€3.37 billion) Erasmus budget in 2019, according to the latest figures published last year.

Of that, more than £123 million (€144 million) was allocated to fund over 54,600 participants to travel to the bloc for study and work placements.

While under Erasmus, there were grants of up to £1,315 (€1,536) to cover travel and tuition fees paid, no such support exists under the new Turing scheme, according to analysts, except for grants made available for disadvantaged students.

Instead of unlimited time to travel abroad, UK students travelling to the continent on the Turing scheme will now only have 90 days out of a 180-day period to study or work visa-free.

In reverse, EU nationals can come to the UK for six months for short-term study before they would need to apply for a student visa.

5 'European' towns and villages that aren’t in Europe

The 16 most useful travel apps for planning your next trip