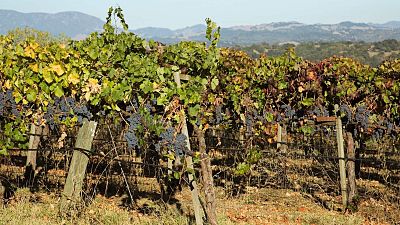 An ancient Roman vineyard has been restored after being buried underneath the ash of Mount Vesuvius for 2,000 years.

The vineyard has been preserved beneath layers of ash and lava which engulfed the city of Pompeii during the 79 A.D. eruption.

Archaeologists analysed the buried vines, and with the help of a local winemaker, recreated the site in the exact spot it had stood centuries before.

Mount Vesuvius is one of just two active volcanoes in continental Europe today. Standing at around 1281 meters tall, tourists from around the world come to scale the volcano and peer into its crater. It’s a must on the itinerary if you’re on holiday in the nearby Sorrento, Naples or Capri.

Excavations of the site began as early as the 18th Century. However, the most significant discoveries about Pompeii’s history were made between 1924 and 1961, when work was overseen by Italian archaeologist Amedeo Maiuri. According to the official tourism site, excavations before this time weren’t carried out with much scientific or archaeological tact.

Exploring Mount Vesuvius and the ruins of Pompeii, which have been perfectly preserved by the acidic ash, remains one of the most popular activities for tourists in the region. In recent years, work has been concentrated on restoring and maintaining buildings which have already been unearthed, rather than carrying out excavations of new areas.

Volcanic materials are rich in minerals, and as a result, the soil around the Vesuvius National Park is incredibly fertile and home to many working farms and wineries. And exploring ancient Rome wouldn’t be complete without sampling a glass of wine from one of the resurrected vineyards.

You can see the full story in the video above.

Back to nature with organic wine production in Spain