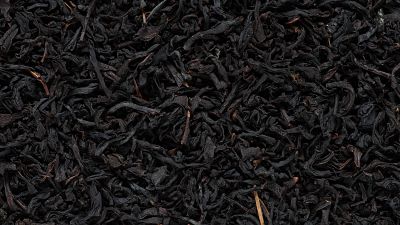 Tea: ‘the best substance in the world’, according to British comedian Billy Connolly, and a cornerstone of civilisation which dates back 5,000 years.

According to legend, it was Chinese Emperor Shen Nong who accidentally discovered the joy of tea in a fable which parallels Newton’s discovery of gravity.

One day, the Emperor was sitting in his garden when a leaf from the Camellia Sinensis (now known as the tea plant) dropped into a pot of water which was being boiled for drinking. Emperor Nong, a renowned herbalist, enjoyed the infusion so thoroughly that tea drinking in China preceded the West’s intrigue by several millennia.

Fast forward to the 1600s. Quite a critical time for Europe as many historians view this era as ‘the rise of Western Civilisation’. This century saw the Thirty Years’ War, the English Civil War, the Age of Science (second shout-out of the article to Newton) and European politics undergoing a rise in religious conflict. Nations divided, game changing discovery in motion, and Cromwell cut Christmas in the UK.

Thankfully by this point (because you can’t beat a cuppa under duress), tea had made its way via a complex network of trading routes in the East (headed up by the Portuguese and the Dutch) to Europe and the UK. In 1664, with the demand for tea booming across Britain, the East India Company placed an order for 100lbs. By 1750, annual imports were pitted at nearly 500,000 lbs.

Nowadays, India remains one of the biggest producers of tea globally, with 70 per cent of its stock consumed within the country itself. Where the associations between India and tea initially stem is somewhat disputed. Many believe that tea was brought to India by the silk caravans that travelled from China to Europe. However, the Camellia Sinensis is also a domestic plant species of India. It’s widely thought that native Indian communities already used the leaves in cooking, and for its medicinal properties without realising the rapidly increasing demand across the continent.

Formally, though, tea was introduced to India by the British. In an effort to usurp China’s monopoly on the plant, Britain tried to cultivate the mass growth of Camellia Sinensis in the Assam Valley and the Darjeeling Mountains. After many unsuccessful attempts over 14 years, tea production in India finally started to accelerate in the 1820s.

In contemporary culture, tea takes many forms. We’ve boiled it down to a few of our favourites here.

Bubble tea originated in Taichung, Taiwan in the early 1980s. The tea base can either be black, green or oolong tea, with or without milk. Tapioca pearls are the prevailing ‘bubble’ element of this beverage, though other ingredients resembling bubbles may be used.

In recent years, this spice blend from India has become popular in coffee houses around the world. ‘Chai’ is the Hindi word for tea, deriving from the Chinese ‘cha’ - also meaning tea. Chai recipes vary, but usually involve a mix of cinnamon, cardamom, cloves, ginger and black peppercorns.

Matcha is a finely ground powder, a blend of specially grown and processed green tea leaves. The flavour has been an important part of Japanese culture since the 1100s. As with chai, matcha has recently become an integrated part of coffee house culture on an international scale.

Mate is the national tea of Argentina. Mate, maté, chimarrão or cimarrón, is a caffeine-rich concoction formed by drying, chopping, then grinding the leaves of the yerba mate plant.

As we’re well aware, tea is practically a British birthright. This UK creation is black tea flavoured by the addition of bergamot. It’s often taken black with a slice of lemon.

There are two types of this American cold brew: iced tea and sweet tea. Traditionally, iced tea is what you might expect: unsweetened black tea on ice. Fruit infused variations are also a thing, and are actually pretty big in warmer European countries. Sweet tea, however, is a bit of a deep south exclusive. Without being too explicit, it’s basically iced tea with sugar. But in southern US states, it’s part of a lifestyle, served all year round and with any meal.

What’s your cup of tea? Tell us on Instagram @euronewstravel.

View history's most unusable objects in this virtual exhibition