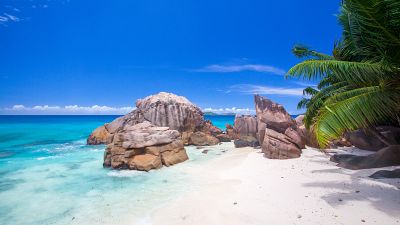 As one of the organisations aiming to tackle marine plastic pollution, the Seychelles Island Foundation has just released a video (click on the player above) proving that even the most remote corners of the ocean are suffering from the horrors of plastic waste and endangered animals. UNESCO World Heritage Sites are no exception. It is claimed that if the present trend continues, oceans could contain more plastic than fish by 2050.

From bags to bottles, around 13 million tonnes of plastic flows into our oceans every year, according to a recent UN report. Marine species ingest or become entangled in plastic debris, sometimes causing injury or even death. The UN says 100,000 marine animals die each year due to plastic related causes.

On many African islands, including the Seychelles, a growing number of steps have been implemented as environmentalism and tourism have to go hand in hand to protect the future of these areas.

Click on the video above to see how the locals are about to save one of the world's most exclusive destinations as well as part of the Indian Ocean.