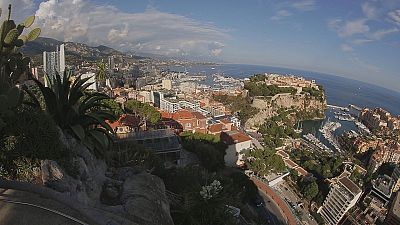 During 150 years Monaco, perched on its rocky outcrop in the Mediterranean, has reclaimed 40 hectares of land from the sea. Now that process is set to continue with plans for a new offshore extension, Portier Cove, to be completed by 2020. It will help Monaco continue to welcome new residents. Since 2012, 600 more people per year have settled in the Principality.

There are not many countries that can expand without wars or annexation. Monaco needs this extension because we're cramped on 2 square kilometres, because high-rise construction and underground construction are not enough to answer our housing needs.

“There are not many countries that can expand without wars or annexation,” says Michel Roger, Minister of State. “Monaco needs this extension because we’re cramped on two square kilometres, because high-rise construction and underground construction are not enough to answer our housing needs. They don’t provide enough living space for the new residents who move to Monaco.”

Work should start in the last quarter of 2016 with the removal of protected marine species – Posidonia meadow and noble pen shells – which will be relocated in nearby natural reserves. Special screens will insulate the construction site to minimise its impact on the environment.

The soft soil will be removed to lay bare the rocky sea bed. It will be the foundation for a layer of rocky material. Reinforced hollow concrete blocks will stand on the site’s borders, creating a protective belt, their facades designed to attract marine life. Sand will be injected into the concrete belt perimeter to create the artificial peninsula. Once all this is done, the urbanisation phase can begin.

It’s not just the construction that is complex, so too is the financing of the project, as Michel Roger explains: “The State of Monaco will own the off-shore peninsula, there will be promenades, gardens, a new sea front promenade and car parks and public spaces. The Principality will see its territory expand by six hectares at no costs at all to the State.”

The two billion euro project will be financed entirely by private construction companies, who will profit from the sale of 60,000 square meters of luxury flats, villas and retail space. Among the architects involved is the father of the Pompidou Centre in Paris and the Shard in London, Renzo Piano.

He will design a signature building at the entrance of the new marina.

“In the same way a sailboat is ecological by nature, a building that talks to the sea has to be ecological,” Piano says. “One must feel the desire for lightness, the opposite of gluttony, when it comes to energy. The building has to be able to take the sun’s energy with solar panels, it has to be able to exchange heat with the sea.”

Together, the sun and the sea will provide 40% of the new district’s energy needs. The Grimaldi Forum, built 15 years ago, is its role model. The Forum’s building manager, Alain Melkonian, says it uses cutting-edge eco-technology and design: “It’s the process we use to capture and evacuate calories that’s the precursor to this. We capture calories in the sea with the pumping stations and these calories are then transfered to the heat pumps that create heat and cold.”

The building has seven underground floors. The heating and air conditioning of all of its 75,000 m2 are controlled 20 metres below sea level.

“We call this place ‘the cathedral’ in reference to all these pipes that surround us and remind us of the pipes of a church organ,” says Melkonian.

For the peninsula’s creators the Grimaldi building was the obvious template as, beyond the challenges linked to offshore construction, they are aiming for a synthesis of technology, beauty and ecology, as Piano explains: “Everybody dreams of building something on the water. But still, people who take a walk have to be able to see the sea. So, we need this building to float, we need it to be lifted.”

Back to the future: about water, physics and what doesn't exist - yet