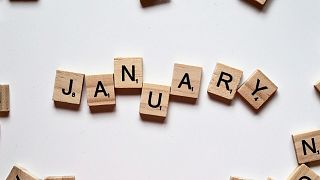 We spoke to specialists to assess the risks and benefits of Dry January, Veganuary and fitness challenges.   -  Copyright  Canva
By Oceane Duboust  •  Updated: 13/01/2023

January is usually the time for new resolutions for the year ahead. Maintaining a healthier lifestyle and routine usually tops the list of resolutions people make each year, even if it doesn’t always last.

We spoke to specialists to assess the risks and benefits of the most common January challenges.

Risks: Some side effects for those dependent on alcohol

This edition marks the 10th anniversary of Dry January, which the charity Alcohol Change UK launched. The challenge became hugely popular in recent years, with the dedicated hashtag #dryjanuary exceeding 400,000 posts on Instagram.

For people who have done social media detox (congrats to you!), Dry January’s goal is to give up alcohol for 31 days.

According to the charity, almost 9 million people in the UK were considering taking it up in 2023. And the trend has spread worldwide. Even France - not exactly renowned for its sobriety - gave it a try with a launch in 2020 backed by the national public health agency.

“Over the past few years, things have been incredibly tough for so many people and the cost of living crisis is making things even tougher. This has led to more and more of us finding our drinking creeping up, particularly for those of us who were drinking more heavily to start with”, Ailar Hashemzadeh, director of research at Alcohol Change, said in a statement.

The site gives a list of tips, articles and even a free app to keep people motivated.

“It helps you break habits you’ve fallen into and make long-term changes for the better. It can help to relieve anxiety and helps you remember that you don’t need alcohol to have fun”, Hashemzadeh added.

A study conducted in 2018 by the Royal Free Hospital in London showed that a month off alcohol results in lower blood pressure, cholesterol and reduces diabetes risks as well.

Dr Hervé Martini, an addiction specialist, also points out that quitting alcohol has benefits when it comes to sleep and anxiety. “Alcohol is a substance disturbing the sleeping cycle. When you stop consuming, you get better-quality sleep”, he told Euronews Next.

What if you give in during happy hour? “It is not a competition, there is no slap on the wrist,” said Martini. “The idea is to ask yourself: why did I drink? how did I feel? It's really a reflection on yourself”.

The only caveat he mentioned is for alcohol-dependent people, for whom drinking has become a psychological need.

“Alcohol changes the way the brain works, it gets used to alcohol consumption,” Martini explained. To avoid withdrawal symptoms, the help of a health professional is then needed.

Veganuary: trying to switch to a plant-based diet

Risks: the diet should be balanced enough to avoid deficiencies

Launched in 2014, Veganuary - a portmanteau word for vegan and January - convinced half a million people in 2021.

Plant-based products are definitely better for the environment, according to several studies, because they require much less land and water, and generate much less pollution, than animal products.

Regarding your health, Veganuary started just days after a study linked nitrites found in processed meat to a greater chance of developing colorectal cancer.

“I think the number one concern for people is that they won’t be able to get enough protein eating a plant-based diet. I also think that people widely overestimate the amount of protein they need,” said Dr Reshma Shah, a physician, plant-based eating advocate and co-author of “Nourish: The Definitive Plant-Based Nutrition Guide for Families”.

Florence Foucaut, a Paris-based dietician and nutritionist, confirms that a balanced diet should not lead to deficiencies. Adding vegetables, fruits and fibre will give you additional vitamins, while reducing the amount of meat you eat will help lower your cholesterol.

The two specialists agree that the diet needs to be adequately planned to provide all the nutrients that the body needs such as iodine, omega 3, calcium, selenium and vitamin B12. The last one can be taken as a supplement.

Foucault suggests adding to your plates seaweed, omega-3 oils, nuts, and mineral water as well as limiting your intake of highly processed food, even if vegan.

While Veganuary’s purpose is to try to go vegan for a month, you could also opt for the less restrictive option of vegetarianism.

“The only thing to look out for is iron intake. Combining foods rich in vitamin C with foods rich in vegetable iron is better for iron absorption,” said Foucaut.

There is also a risk that a vegan diet, with its restrictions, could hide an eating disorder. Foucaut, therefore, recommends that patients with eating disorders, but also teenagers, should perhaps skip Veganuary unless they can be closely followed by a doctor.

Risks: starting small and raising the intensity progressively help to prevent dropping out

From the “31-day plank challenge” to your favourite yoga influencer posting daily videos, there is plenty of content out there to help you keep that “exercise more” resolution. But is it enough to keep you working out in February?

The S.M.A.R.T. method - for Specific, Measurable, Achievable, Relevant and Time-bound - is often mentioned as a way to achieve your goals.

So, you can drop the military-style workout and focus on something that you will actually enjoy. The aim is to move more consistently. Last year, the World Health Organization (WHO) raised the alarm regarding the “obesity epidemic” and linked it to our sedentary lifestyles.

Physically inactive lifestyles have also been linked to higher risks of cardiovascular disease, Type 2 diabetes and colon and breast cancer.

The WHO recommends at least three to five hours of moderate physical activity each week. The easiest way to achieve it? Breaking it down throughout your day, for example in 10-minute workouts.

"People automatically feel overwhelmed because it sounds difficult, but this level of exertion is not as physically demanding as people may think and is quite doable," Dr Caroline Apovian, co-director of the Center for Weight Management and Wellness at Harvard’s Brigham and Women’s Hospital, told Harvard Health. For example, brisk walking qualifies as moderate exercise.

According to Britain’s National Health Service (NHS), a brisk walk is faster than a stroll, at about 3 miles an hour or almost 5 km/h, and “you can tell you're walking briskly if you can still talk but cannot sing the words to a song”.

What if you can’t reach those goals? The best for your health is to keep trying. Moving a little or at low intensity is still better than nothing.

Finally, researchers have debunked the myth of 21 days to build a new habit. Instead, they say it can take as long as 250 days to create a new routine. So, the January challenges are just the first step.