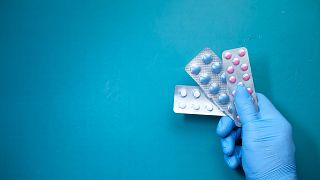 An innovative treatment against cystic fibrosis will be made widely available in France for children   -   Copyright  Canva
By Oceane Duboust  with AFP  •  Updated: 22/12/2022

An innovative treatment against cystic fibrosis will be made widely available in France for children, having previously been only prescribed for patients aged twelve and over.

"The decree is ready and should be published in the next few days: Kaftrio, a treatment that has been experimental until now, will be generalised for children with cystic fibrosis," French health minister François Braun said.

"The results are extraordinary, they enable an almost ordinary life," he added. The minister said Kaftrio will be "available in pharmacies very quickly, on hospital prescription".

Kaftrio, produced by the American laboratory Vertex, is part of an innovative category of drugs against this genetic disease, which inexorably deteriorates the respiratory and digestive systems and was once often fatal to children and adolescents.

A revolution for patients

Kaftrio is considered a potentially revolutionary treatment that could transform for some patients cystic fibrosis into a chronic and stabilized disease.

Delivered in the form of lifelong tablets, this triple therapy a combination of three molecules - reduces the effects of the disease, notably the incapacitating pulmonary affections.

The treatment acts on the underlying causes of the disease by repairing the defects of a protein, CFTR (or cystic fibrosis transmembrane conductance regulator). The dysfunction is caused by a genetic mutation and leads to the mucus in the organs becoming thick and sticky.

The European Medicines Agency (EMA) issued market authorisation in August 2020 for the drug’s use across the European Union.

Since June 2021, people with cystic fibrosis aged 12 and over and carrying a specific mutation could benefit from it in France, but not yet children aged between 6 and 11 years.

This announcement was welcomed with "a great sense of relief," David Fiant, president of Vaincre la Mucoviscidose, the main organisation for the disease in France, said in a statement.

"Thanks to this extension of marketing authorisation, more than 700 new patients [in France] will be able to benefit from this innovative therapy," said the association.

In all, during the first quarter of 2023, "there will be nearly 5 000 people with cystic fibrosis" who will thus have access to Kaftrio.

In the United Kingdom, the NHS made Kaftrio available for children in January 202.

However, Kaftrio is not suitable for all patients. "Nearly 35 per cent of cystic fibrosis patients are still waiting for a therapeutic innovation that will enable them to improve their daily quality of life," the organisation noted.

More than 100,000 people are living with the disease worldwide, according to the latest estimations. Thanks to scientific progress, the life expectancy of a person born with cystic fibrosis is now over 40.