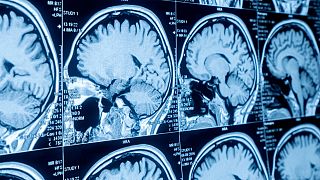 Experts have hailed clinical trial results for what they say is the first drug to provide a real treatment option for people with Alzheimer’s disease, the most common cause of dementia.

Millions of people suffer from Alzheimer’s, which sees proteins build up and form abnormal structures in the brain, killing nerve cells and brain tissue progressively.

Researchers have been developing a promising drug called lecanemab, and the results of its phase 3 trial show the drug reduces the amount of protein buildup in the brain, which could effectively slow down the onset of dementia.

While many experts expressed excitement about the results, which were published in the New England Journal of Medicine, there have been media reports of two deaths among patients enrolled in the Iecanemab trial.

The study authors wrote that the drug is “associated with adverse events,” and that longer trials are needed to determine the safety and efficacy of lecanemab.

Alzheimer’s experts welcomed the results of the study, with one saying “I truly believe it represents the beginning of the end”.

“The amyloid theory has been around for 30 years so this has been a long time coming,” said Professor John Hardy, from the UK Dementia Research Institute (UKDRI) at University College London.

This hypothesis - that a buildup of the protein amyloid in the brain may initiate and speed up the progression of Alzheimer’s disease symptoms - was tested and confirmed in the study.

“It’s fantastic to receive this confirmation that we’ve been on the right track all along, as these results convincingly demonstrate, for the first time, the link between removing amyloid and slowing the progress of Alzheimer’s disease,” added Hardy.

He said now scientists “know exactly what we need to do to develop effective drugs,” with life-changing treatments on the horizon.

The UKDRI’s director, Professor Bart De Strooper, said it was “extremely encouraging” to see the positive effects of the drug in an 18-month trial, as amyloid accumulates over decades in the brain.

“These results demonstrate that a reduction in amyloid can slow the progress of Alzheimer’s disease,” he said.

“This is the first drug that provides a real treatment option for people with Alzheimer’s. While the clinical benefits appear somewhat limited, it can be expected that they will become more apparent if the drug is administered over a longer time period”.

Slowing the progression of Alzheimer’s

The trial involved 1,795 patients with early-stage Alzheimer’s, meaning they had mild cognitive impairment or mild dementia due to the disease.

Of those, 898 were assigned a treatment of lecanemab, and 897 received a placebo, both sets intravenously every two weeks.

A baseline score on the Clinical Dementia Rating–Sum of Boxes (CDR-SB) was taken at the start, with the same scoring taken at the end of the 18-month trial, to see how patients’ scores had gone up. A higher score means a bigger progression in disease.

The mean changes to the scores across the groups was a 1.21 increase with lecanemab, and 1.66 with the placebo, indicating a slowdown of progression in the patients who were administered lecanemab.

A substudy with 698 of the participants found greater reductions in brain amyloid burden with lecanemab than with the placebo, and the authors concluded that lecanemab “reduced markers of amyloid in early Alzheimer’s disease and resulted in moderately less decline on measures of cognition and function than placebo”.

“The overall conclusion is extremely positive,” said De Strooper. “This trial proves that Alzheimer’s disease can be treated”.

Concerns over lecanemab side effects

The drug, developed by Japanese pharmaceutical company Eisai and US multinational Biogen, was found to have adverse effects in some patients.

Reuters reported that shares in Eisai dropped more than 6 per cent on Tuesday after a report that a woman enrolled on the lecanemab trial died from a brain haemorrhage.

It was the second media report regarding a haemorrhage death amongst the trial participants, although the number of deaths among the lecanemab and placebo groups were similar - seven and six respectively.

ARIA [Amyloid-related imaging abnormality] is a known side effect that involves a bleed or build up of fluid in the brain,” said De Strooper, adding: “It can vary from mild and negligible to quite severe.”

Like the study authors, De Strooper noted more studies were needed to understand the risks involved, and that patients who are receiving blood-thinning medication may not be suitable for this drug.

“Further studies will be able to identify the patients at risk and those patients who will maximally profit from the treatment,” he said.

Eisai said it believes the deaths "cannot be attributed to lecanemab".

It said that all available safety information indicates lecanemab therapy is not associated with an increased risk of death overall.

It added it could not provide any information about specific patients "to protect the privacy of patients".

How much can COVID alter our brains? A lot, brain scan study reveals