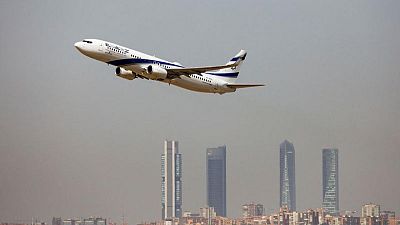 “A large Israeli community lives in Dublin, mainly high-tech workers who work in international tech companies that are based in Dublin to serve Europe and the Middle East,” noted chief executive Dina Ben Tal Ganancia.

She added that Ireland has a large Catholic population, making it a potential source of inbound tourism for pilgrims and clergy.

Israeli tech executives have been pushing for a direct Tel Aviv-Dublin route for years. In 2015, the Ireland-Israel Business Network had petitioned both El Al and Irish carrier Aer Lingus to start the route, given Dublin’s position midway between Tel Aviv and New York and site of the European headquarters for many tech giants.

El Al in 2019 had said it would fly to Dublin as of May 2020 but that plan was scrapped due to the COVID-19 pandemic. In September it said it would start nonstop flights to Tokyo next year while hoping to soon launch a Tel Aviv-Melbourne route as travel has rebounded from a slump during the pandemic.