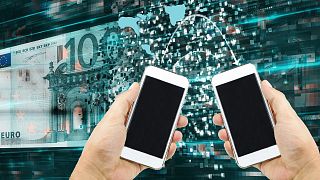 Tired of staring at your bank account waiting for the money to land? The EU wants to force banks to roll out instant payments at no extra cost.   -   Copyright  Canva
By Natalie Huet  with Reuters  •  Updated: 26/10/2022

The European Commission has unveiled a draft law that would force banks to offer instant payments in euros at no extra cost.

The proposal would allow people to transfer money at any time of the day, any day of the week, within 10 seconds – a marked progress compared to traditional card payments or credit transfers, which can take up to three days.

Put simply: banks would finally be doing what PayPal and others have been doing for years.

Mairead McGuinness, the European Union’s financial services chief, called the switch “seismic and comparable to the move from mail to e-mail".

She said it was particularly important at a time when the continent is facing soaring energy bills and a cost-of-living crisis that means “every cent counts”.

A boost to cash flow

The move could indeed significantly improve cash flow for households and businesses alike, and bring savings for small and medium enterprises, particularly retailers.

On any given day, almost €200 billion are locked in transit in the financial system, a so-called “payment float” that could now be freed up and be reinjected more quickly into the economy, according to the Commission.

In other words, there’s no need to stare at your bank account for days waiting for your paycheque to land; you could be able to start spending it the minute your employer transfers the money.

The move will allow consumers to pay by instant credit transfer in shops – for example by using a QR code instead of a credit or debit card – or for peer-to-peer payments, for instance, to split a restaurant bill or purchase something second-hand.

In practice, the changes would mean:

Currently, some banks charge far more for an instant payment transfer - up to €30 in some cases - than they do for traditional transfers.

As a result, uptake has been slow. Just around 11 per cent of all euro credit transfers in the EU were instant at the beginning of 2022, according to the Commission.

It said accelerating their rollout would ensure the bloc’s economy remains competitive in the digital age.

US companies Visa and Mastercard currently dominate cross-border card payments, and Brussels hopes that instant payments, combined with reforms such as "open banking," or fintech companies using a customer's banking data to offer a range of services, will boost competition.

The move comes amid wider EU financial reforms including the much-anticipated rollout of a digital euro.

The proposed bill, which needs approval from EU states and the European Parliament to become law, would give banks in the eurozone six months to be able to receive instant payments in euros, and a year to be able to send them.

Banks elsewhere in the EU will be given 24 months to adjust to the new rules.

What is 'cashstuffing,' the latest money-saving TikTok trend?