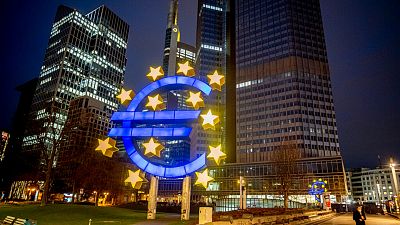 The European Central Bank (ECB) has just announced it is actively looking into creating a digital version of the euro.

It’s now striking back with its own project to create a digital euro that could be rolled out within the next five years and become a new secure means of payment for citizens across the Eurozone.

"Our work aims to ensure that in the digital age citizens and firms continue to have access to the safest form of money, central bank money," Christine Lagarde, the president of the ECB, said in a statement on Wednesday.

What is this all about?

A digital euro, or "e-euro", would essentially be an electronic version of euro notes and coins, a digital wallet that would be safely stored directly at the ECB rather than at a commercial bank.

This would be inherently safer than keeping deposits at established banks, which could go bust, or than holding cash that could get lost or stolen.

But the ECB stresses that a digital euro would "complement cash, not replace it."

The idea is to create a swift, simple and secure way to make payments, as well as enable competition with foreign card companies such as Visa and Mastercard or digital payment services like PayPal, sectors where no strong European players have so far emerged.

But despite Wednesday’s announcement, details are still scarce at this point. Over the next two years, the ECB will continue to study which technology is best suited to develop its digital euro.

Like other central banks around the world, the ECB is keen to meet growing demand for electronic means of payment and tackle a boom in digital currencies – from Bitcoin to Facebook's proposed Diem (formerly referred to as "Libra").

The ECB is worried that the boom of digital payments will mostly benefit private companies and foreign currencies.

A digital euro would be a direct claim on the central bank and would therefore have no risk – no liquidity risk, no credit risk, no market risk.

It accelerated its research on a digital euro after Facebook unveiled plans in 2019 to create its own currency, in a move that many saw as a potential threat to the core purpose of central banks.

"Over many centuries, the sovereign has provided its own currency to citizens as a symbol of stability, safety, and trust. Providing money as a public good is central to the mission of central banks," Fabio Panetta, a member of the Executive Board of the ECB, wrote in a blog post on Wednesday.

"Given the digital transformation underway, which has the potential to transform the payments landscape and even the entire financial system, central banks must be bold and keep up with the pace of change."

Is there any space left for an e-euro?

The field of digital currencies is getting increasingly crowded.

It's worth noting that one digital euro would still be worth one euro, as it would be tied to the fiat – or physical - eurozone currency. And because its value would be backed by the ECB, it would not be volatile like private digital currencies, which have come under growing scrutiny from regulators.

"Just like cash, a digital euro would be a direct claim on the central bank and would therefore have no risk – no liquidity risk, no credit risk, no market risk," Panetta stressed.

Bitcoin hit a record high of nearly $65,000 (around €55,000) in April but has since dropped by around 50 percent, largely because of a Chinese crackdown on cryptocurrency trading and mining.

So-called stablecoins are seen as less volatile because they are pegged to traditional currencies like the US dollar. This is, for instance, the route Facebook has chosen for its highly anticipated Diem project.

Many other central banks are also looking into offering their own virtual money – known as Central Bank Digital Currencies (CBDC) – as a stable and risk-free alternative.

The Chinese central bank is experimenting with a digital renminbi, while the Bank of England is looking into the possibility of launching its own "Britcoin".

A key challenge for the digital euro might be that users "would have to be convinced to switch to a new payment method that is hardly different from existing ones," Deutsche Bank analyst Heike Mai said.

That could change over time though, as Europeans might appreciate using e-euros to make swift money transfers at a minimal cost.

On the other hand, if the e-euro turns out to be hugely appealing to consumers because of its safety, that could hollow out commercial banks.

As a result, the ECB is already warning that it would likely cap the deposits that individuals can own there – suggesting a threshold of around €3,000 – or tax the holdings above a certain amount.

Central bank digital currencies: a hammer in search of a nail?

Could this South Korean sleep technology be the answer to our dreams?