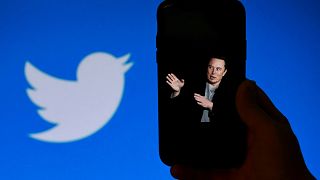 Elon Musk plans to lay off around 5,000 of Twitter's 7,500 employees once he finally acquires the social media company, according to a bombshell report by The Washington Post.

But Twitter was quick to tell staff there were no such plans to fire most of its workforce.

So, what happened? Did Musk just say the first thing that came to mind (as appears to often be the case), or was there a concrete plan behind his words?

The Washington Post reported that layoffs at Twitter are bound to happen in the coming months, no matter who owns the platform, as the company wants to cut about $800 million (€820 million) off its payroll.

According to the newspaper, plans to cut jobs and costs at the company were already in place before Musk made his offer to buy Twitter.

In July, Twitter announced it had slowed the hiring process in the midst of a general economic downturn affecting the tech industry at large.

Reports by the Washington Post and Bloomberg say that Twitter's current management intends to lay off some 25 per cent of employees by the end of next year, considerably less than what Musk has said he'd want.

If Musk were to lay off 75 per cent of Twitter’s employees, as he reportedly told prospective investors, the company would run with a skeleton crew of around 2,000 people.

Experts, analysts and even Twitter's own staff are concerned about the consequences of such a move, which would threaten the growth of the company, similarly to Musk's proclaimed intentions to cut back on content moderation.

What we know for sure is that Musk hasn't even acquired Twitter yet, and US authorities are now reportedly considering a "national security review" of his $44 billion (€45 billion) takeover deal.

Earlier this month, Musk revived his original bid to buy Twitter for $54,20 (€55.65) a share, after trying to back out of his offer over claims that the platform was flooded with spam or "bot" accounts.

The highs and lows of Elon Musk