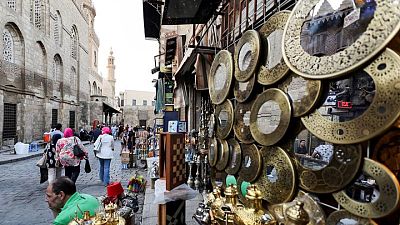 By Jorgelina do Rosario

WASHINGTON – There’s little relief in sight for a host of developing nations from Egypt to Malawi and from Pakistan to Ecuador, all of whom are facing a painful economic squeeze as the costs of servicing debt rise further.

Officials from the International Monetary Fund (IMF) and other bodies expect the debt crunch to heap more pressure on these so-called ‘frontier markets’, which are already struggling with the impacts of Russia’s war in Ukraine and the Federal Reserve’s tightening cycle to cool U.S. inflation.

Many of these countries are also still wrestling with the effects of the COVID-19 pandemic.

Locked out of worldwide debt markets and with China redrafting its role as the lender of choice to many poorer nations, countries are increasingly relying on the help of the IMF to plug financing gaps.

“Their fiscal space to deal with all of this is very little,” Gita Gopinath, the IMF’s first deputy managing director, told a seminar on the sidelines of the annual IMF-World Bank Meeting. “We will grapple (with this) for several months to come.”

The Washington-based lender has agreed new programmes or augmented existing ones for 18 countries to the tune of $90 billion since Russia invaded Ukraine in February, its managing director Kristalina Georgieva said. Including support since the start of COVID-19, this total rises to $260 billion for 93 countries while another 28 have expressed interest in receiving support.

The fund needs to navigate shoring up fragile economies while ensuring often painful economic reforms don’t fall by the wayside.

“The IMF is trying to strike balance between conditionality and agility,” said Patrick Curran, senior economist at Tellimer, who is in Washington for the international lender’s meetings.

“Countries like Pakistan, Egypt, Lebanon and Sri Lanka can’t simply have the funding without any sort of commitments from the government.”

Sri Lanka recently struck a staff level agreement to unlock almost $3 billion, while Zambia got the nod on a $1.3 billion loan programme, a key step to start receiving disbursements.

Both countries have defaulted on overseas debt but are also set to rework debt with bilateral lenders, with all eyes set on China as the IMF and G7 economies insist Beijing implement debt relief for poorer nations.

Ghana, Egypt, Tunisia and Malawi are all in talks on some type of IMF financing.

Rising borrowing costs and risk aversion amid growth woes and soaring inflation have seen the likes of Kenya, Egypt and Ecuador locked out of capital markets.

Over a quarter of emerging market sovereign bonds trade at spreads over U.S. Treasuries in excess of 1,000 basis points – a threshold for distinguishing distressed debt, Deutsche Bank calculated in a recent report. Such yields make it impossible for countries to tap international capital markets.

With major central banks such as the Fed and the European Central Bank still in the early stage of rate hike cycles, pressure on emerging currencies and bond yields would continue at least through mid-next year, said Deutsche Bank’s Michael Spencer, adding the hit from FX depreciations, especially against the dollar, was the “main source of risk to government finances” in developing nations.

Investors have yanked $70 billion from emerging market bond funds so far in 2022, according to data from JPMorgan, which pegs year-end outflows at $80 billion.

In Washington, discussions were rife as to when creditors might change tack and buy emerging markets bonds again.

March could be a turning point, assuming the Fed stops hiking rates after a peak in inflation. For others, it is not that straightforward due to global uncertainty.

“It is a world with higher rates, higher inflation, and slower economy,” added the head of sovereign debt of a large New York-based investment fund.

“Frontier markets, which are highly reliant on external financing, which have a larger share of foreign currency debt have been most vulnerable,” said Duggar, also in Washington.

Countries’ debt burdens have risen. The average public debt to GDP ratio – a key measure of fiscal health – rose to 60% in 2022 from 36% in 2012, the IMF’s most recent Global Financial Stability Report found.

Turning to the IMF for financing has been the traditional playbook for smaller, strained countries in times of crisis.

A set of new IMF tools should also help funnel more funds to such countries in the short-term.

However, IMF funding alone is unlikely to be enough and the strings attached can be hindrance rather than help, said JPMorgan’s Nicolaie Alexandru-Chidesciuc.

“But IMF does act as an anchor and allows access to a broader set of funding, even if not from the market,” said Alexandru-Chidesciuc.