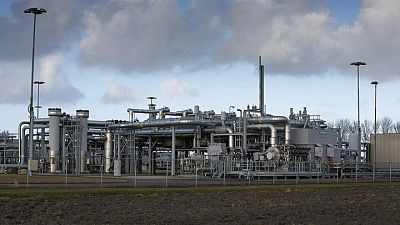 AMSTERDAM -Gas production at the Groningen field in the Netherlands will be lowered to the minimal amount needed to keep wells operational in the coming year, as extraction is expected to end by 2024 at the latest, the Dutch government said on Monday.

Production at Groningen, once one of Europe’s major suppliers of natural gas, will be capped at 2.8 billion cubic metres (bcm) in the year starting Oct. 1, the government said, down from 4.5 bcm in the current year.

The Groningen field, operated by a joint venture of Shell and Exxon Mobil, still holds massive reserves of natural gas.

But extraction has been almost completely wound down in the past 10 years as tremors blamed on drilling damaged buildings and prompted protests by residents and campaigners.

An unusually strong earthquake in 2018 saw the goverment promise a rapid end to all production, which is now expected to take place in the fall of 2023 or by 2024 at the latest.

Although the Dutch have come under pressure to change course due to the energy crisis triggered by Russia’s invasion of Ukraine, the government has repeatedly said production could only be resumed as a last resort if gas supplies for Dutch households run out.

The government said all 11 production locations in the region would remain operational until at least April 2023, in order to be able to increase production in case of an emergency.